Well its nearly a year since the unpleasantness began, and youll likely be starting to recall the last time you did….. a year ago!. Amazing isnt it, how quickly time flies- in some things. Todays post is about some things you may or may not know about, but giving a heads up on progress on Active Travel, something that seems to be happening everywhere else other than the United Kingdom, despite it now being imperative that we make changes that can equip the future generations to live active lives to the benefit of all of us. I’m currently meeting with the Engineers that are starting to formulate the building plans for Transforming Travel over the next 3 years, and future Chairperson will be too. If you recall, there has been an initial consultation already on all these routes that were drawn up from an ever revolving list of Council priority routes and the contribution review of that is due to be published soon. When the latest designs become available for more public input- end of the month for the 4 Cycleways, then end of March for Connectivity corridors (also including walking and cycling changes) you will be better equipped to add more informed content after reading this post.

Bit more than a year ago we published our own review of what the people who are already leading the way on Active Travel felt about current cycleway designs. This is shown here, and it was a surprising result which showed that even people who have been Actively commuting for decades felt that without protecting cycleways from vehicular traffic was the single way that there was any chance of making this sceptered Isle have a go at making changes towards not queueing everywhere in cars on the roads.

This post outlines some evidence off how the changes are going to be made, with examples from around the country- please read and save these pictures if youre interested. They are just the beginning.

Also Tribute to Adam Tranter for adding this on social which adds to the theme of the post :-“in 1955, urban planning specialist Lewis Mumford said: “Building more roads to prevent congestion is like loosening your belt to cure obesity. Writing in the ‘New Yorker’ in the spring of 1955, Mumford said ‘ A large part of the present difficulty, ….is caused by the over employment of one method of transportation, the private motor car, a method that happens to be, on the basic of the number of people it transports, by far the most wasteful of urban space.’  ” Giving drivers choice to go through a park is an extension of this limited thinking,. but the English do love to see queues, means its busy, and therefore good at same time totally ridiculous.

Accompanying the pictures is the Gear Change GVT document, that ALL authorities are now tasked to enact, not decide whether they like it or not, ACT on. Active Travel England a Government Body tasked with seeing Local Authorities do this should appear this year. Happily our Bournemouth staff in Council made some good inroads into change on Castle Lane West a few years ago, and you will see the stepped cycleways pictured in LTN 1/20 in it as an examplar of good design. This is public information, being worked on by administrations around the U.K, so the biggest barrier to changes for the better is now going to be from the older generations that have lived with 50 years of car -centric planning thats now over. Unfortunately this includes the biggest proportion of Cllrs in BCP, (not all) people that have vested interests in keeping things exactly as they have been on the roads for decades. Sadly also the same people that would benefit from better streets and footways if they walked or cycled, see below. We published their details so you can just look for you Postcode and get in touch with them by email, heck you could even call them on a telephone, they are after all paid to serve their residents-but be nice please.

Parallel Crossings,. youll see load of these going in, they are wider, more obvious and the best ones also include raised centres- so cars have to slow right down to cross them. (Also called Tiger crossings) First appeared in BCP area in May 2017 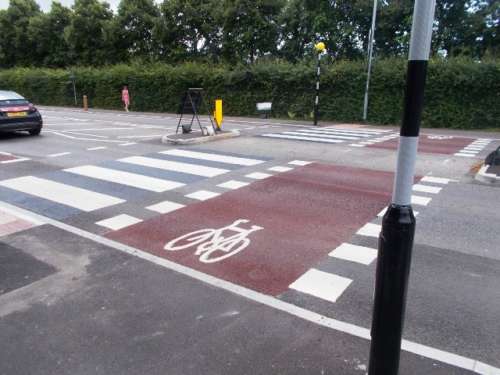 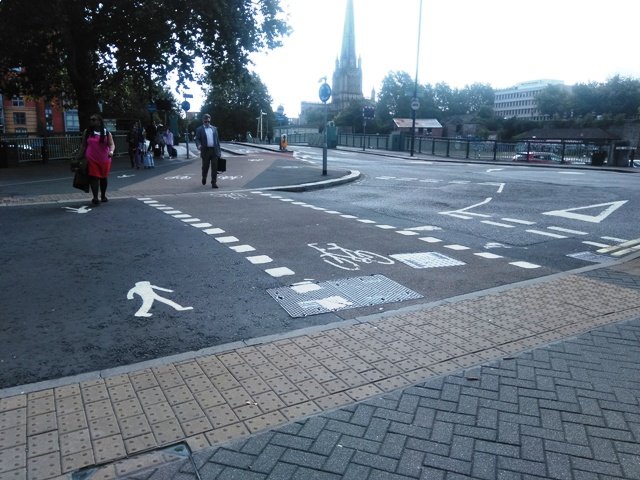 We have the best – Castle Lane West. Make them the default for sections that are frequently broken up by side road entrances. 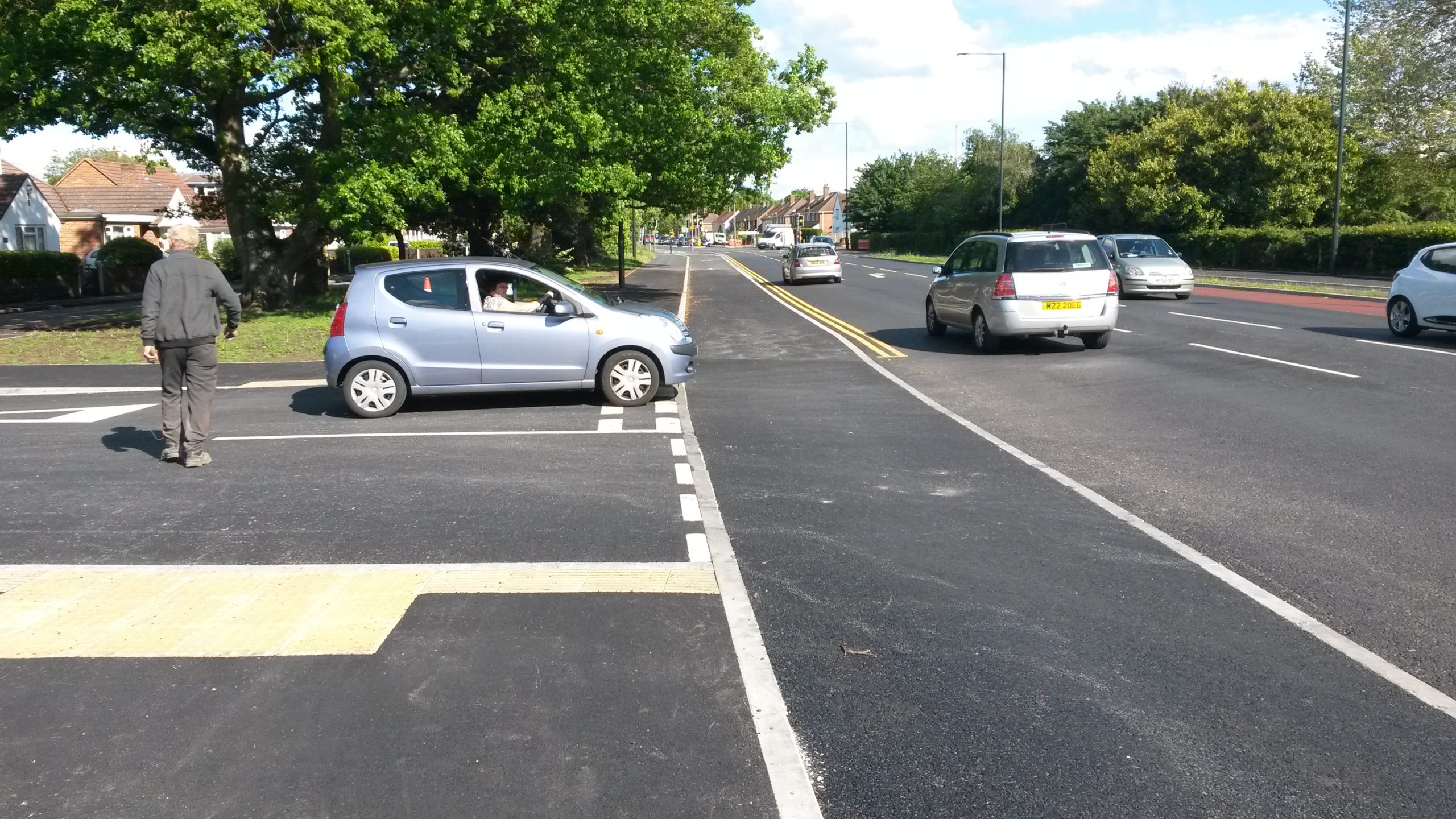 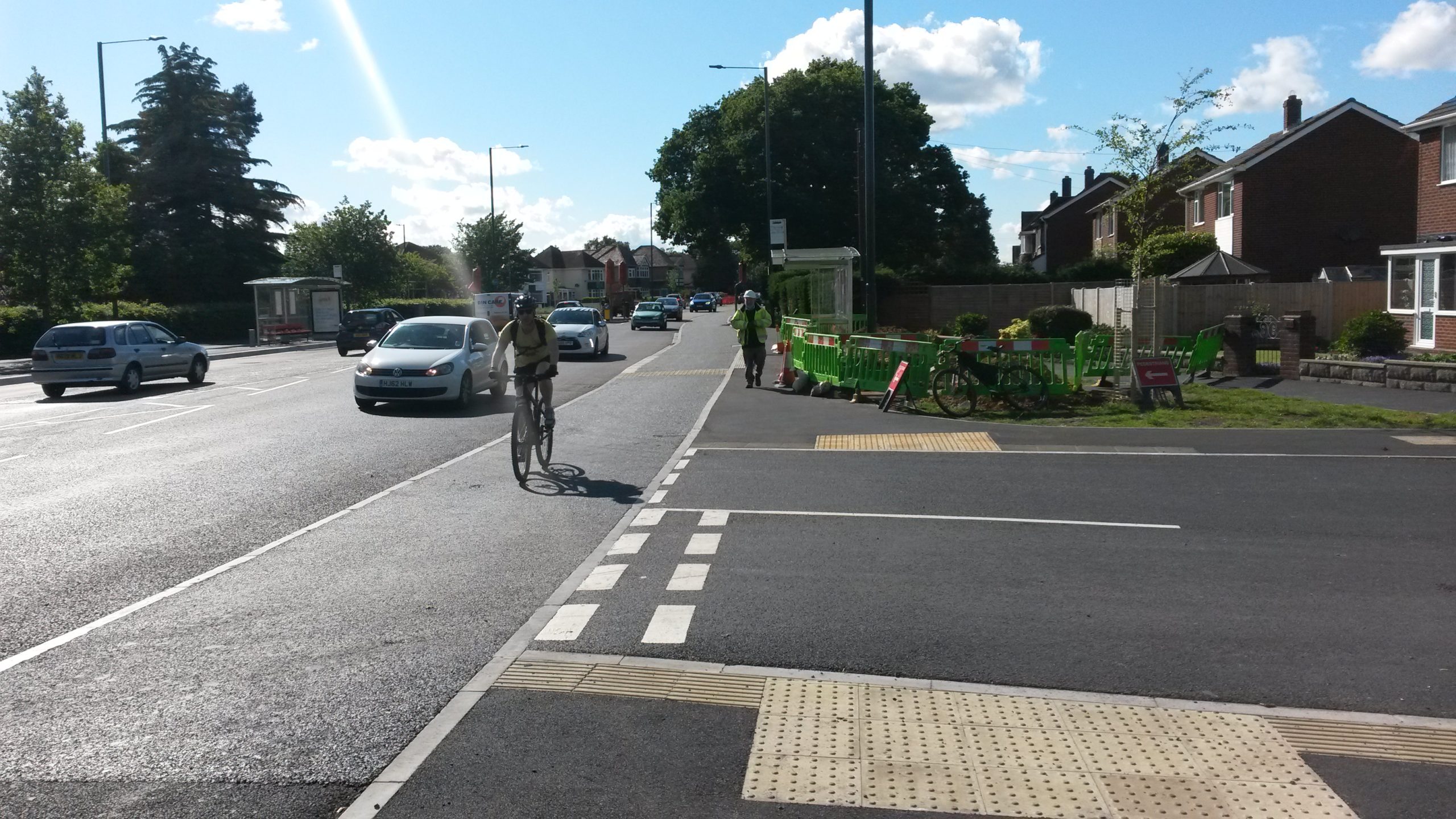 These work well over longer sections of track which run parallel to main roads or A roads, but also work in some circumstances to link other sections. Important to remember each location is different, but good quality designs cost no more on the ground. 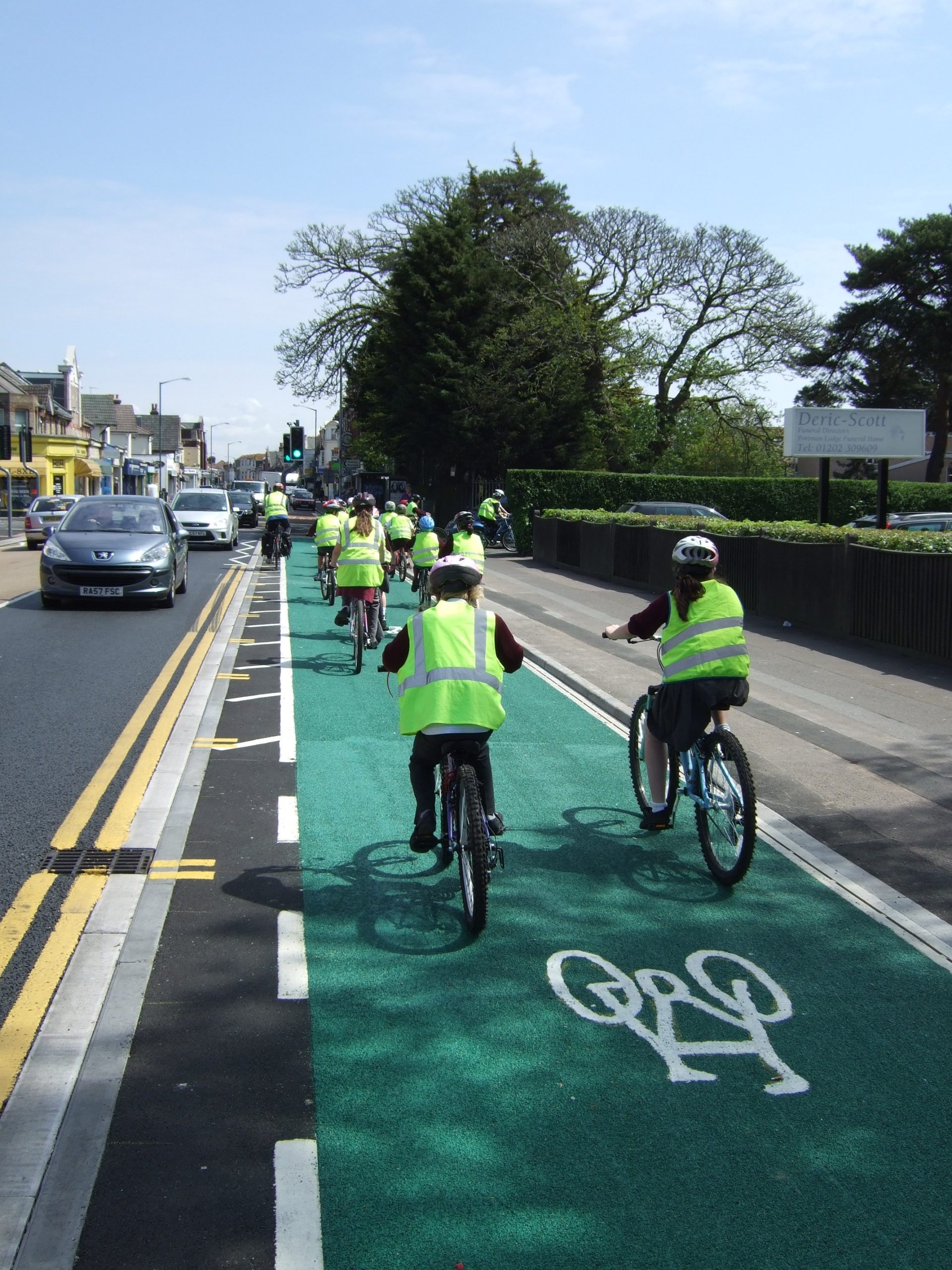 Birmingham, they painted theirs blue for some reason. 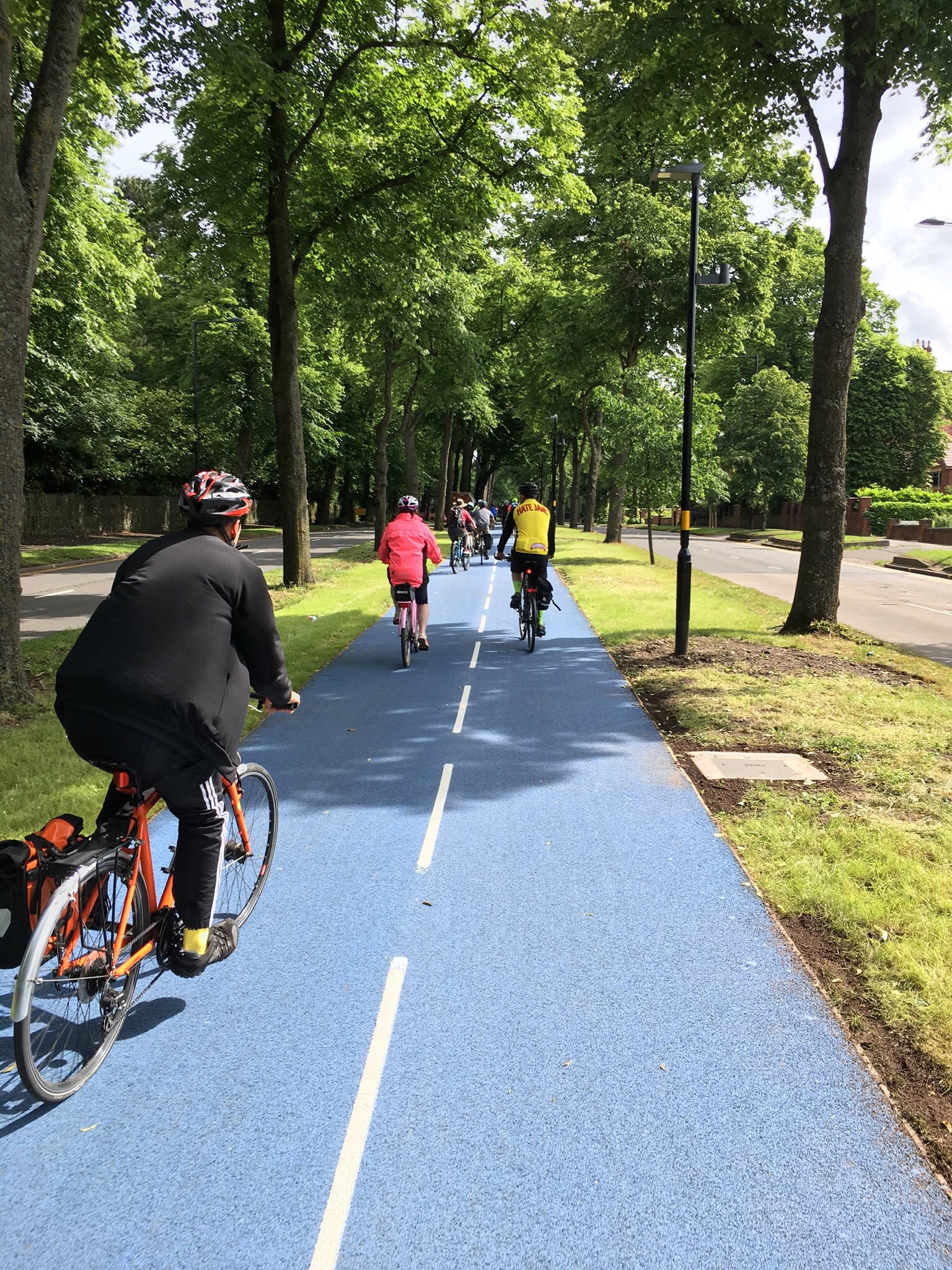 Gates! there are still hundreds of them littering the place, to the detriment of all. Keep asking for them to be removed so mobility is possible for all.

Floating Parking. So we have lots of cars that for 95% of the time are sitting doing nothing, empty. Streets like Glenfurness Ave, with its £million plots and ample space around the houses you wouldnt think this would be a problem?, but it is when there are blocks of flats that have nowhere to leave their personal property other than on the road. None of this to be found yet in BCP, prove me wrong? You just run the cycleway under the parked cars. 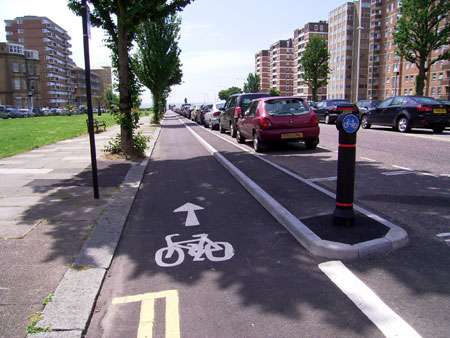 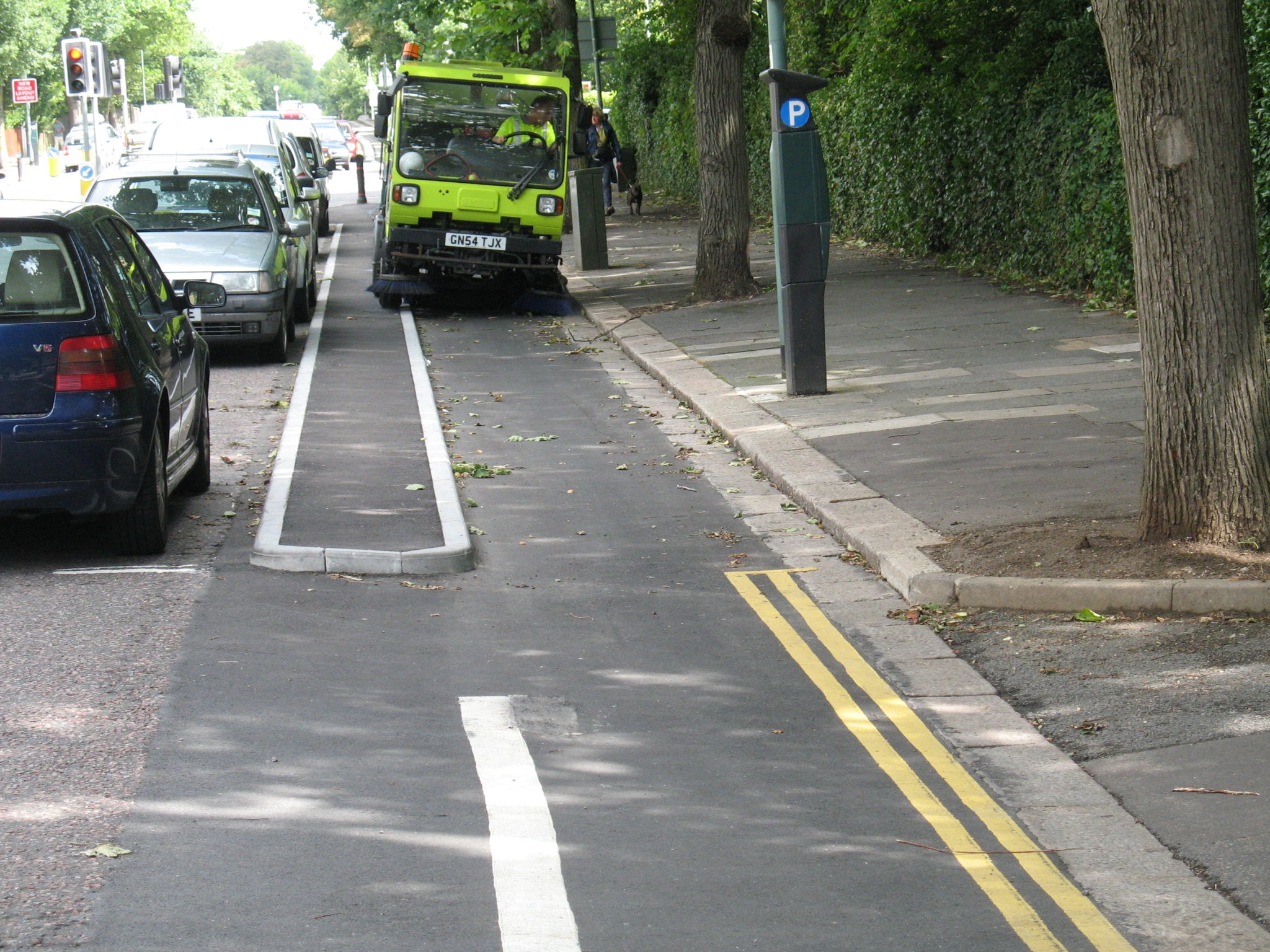 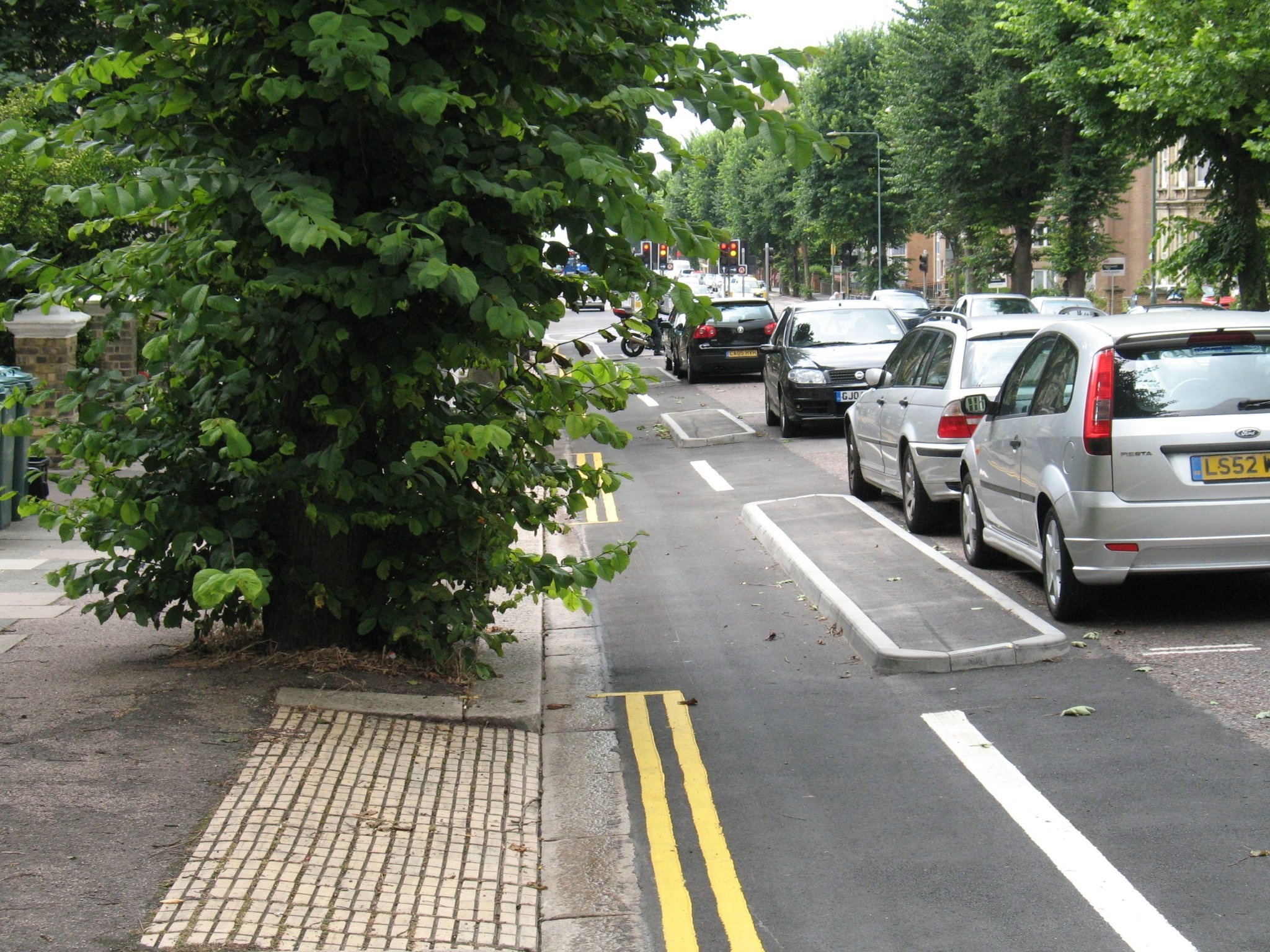 but you need to be aware of tree growth which can be a problem as much as leaves and rubbish which is the norm for 5 months of the year….. 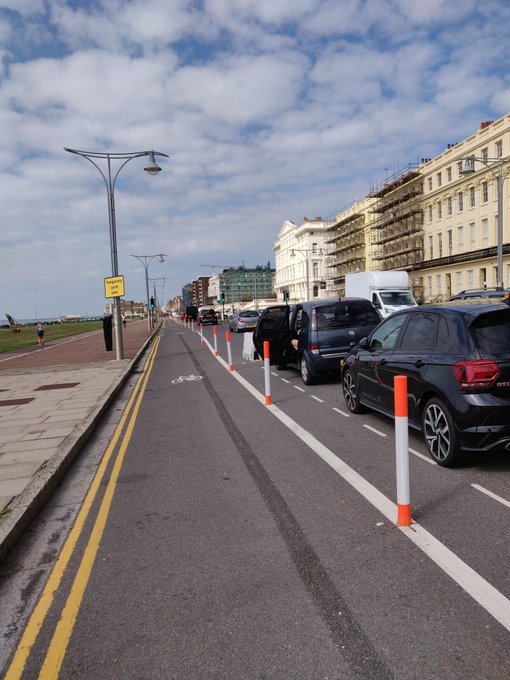 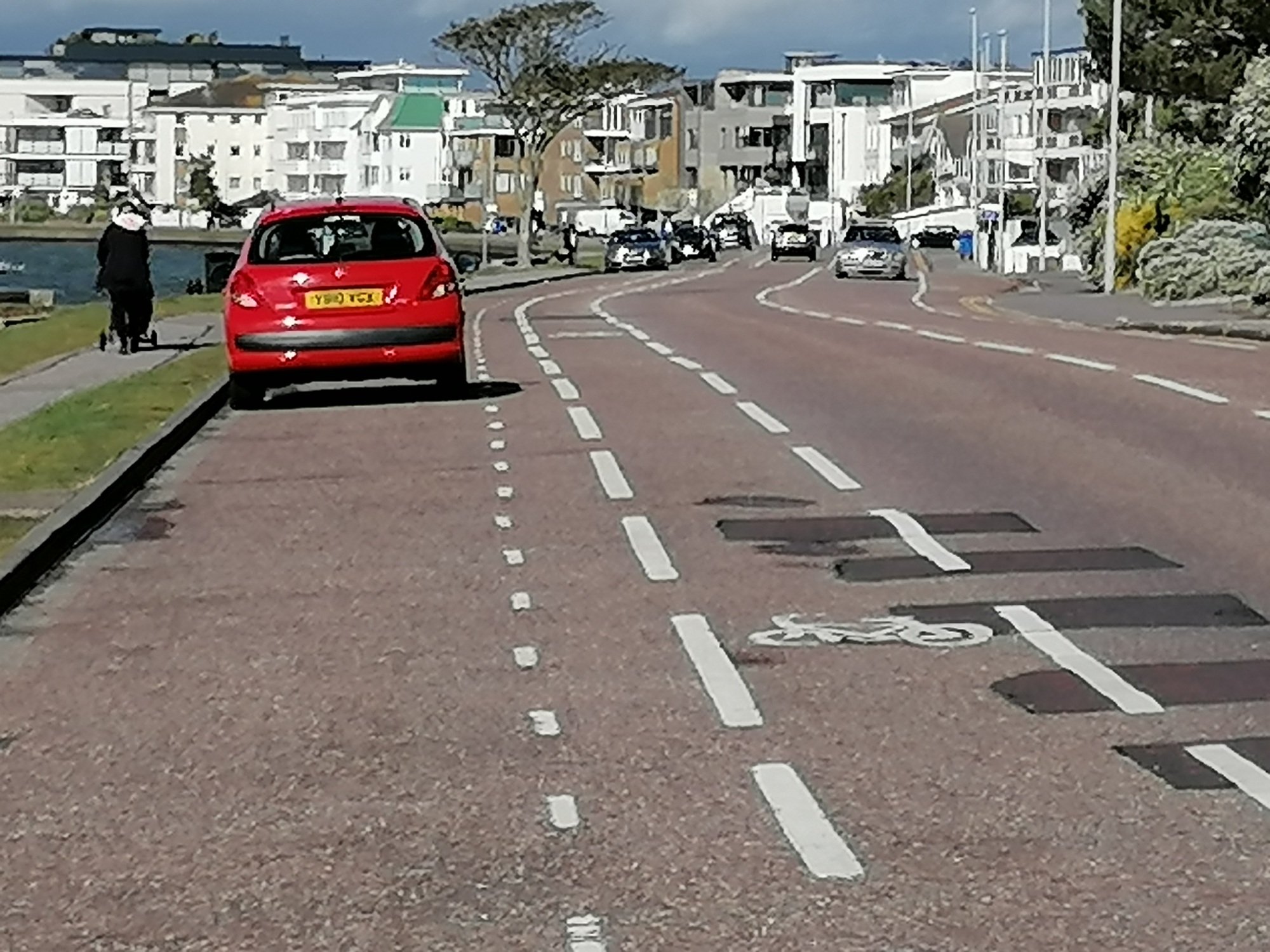 Imagine all the people….

and to everyone favourite thing, the idea that making streets that are residential only non accessible to through traffic. You can find LTN information all over this blog as BCP tried again last year for a brief time.

Fact is, theres loads of them everywhere its just that theres not enough room for all the cars to go everywhere on sat navs and with Utilities seemingly on every road, Old Blighty is struggling like the proverbial obese man mentioned above.

In Poole 25% people dont have a car, 33% in old town where this photo is, dont believe the nonsense press about LTNS forcing a split to only wealthy neighbourhoods benefitting.

Quietways. The photo below is one, a street that is entirely accessible to all residents, with filter to disallow through traffic which has nearby main roads. Millbrook road , parallel to Shirley High St in Southampton,Thanks to our ex-BCP staff colleague Peter Wickett for these links. Pre scene,  and post intervention, this is how to create a quietway, otherwise its just signage and relatively worthless if youre trying to actually create change.

There is a lot more to all upcoming designs- paint, kerb types! crossing lights and a whole heap more. This is just an information piece. 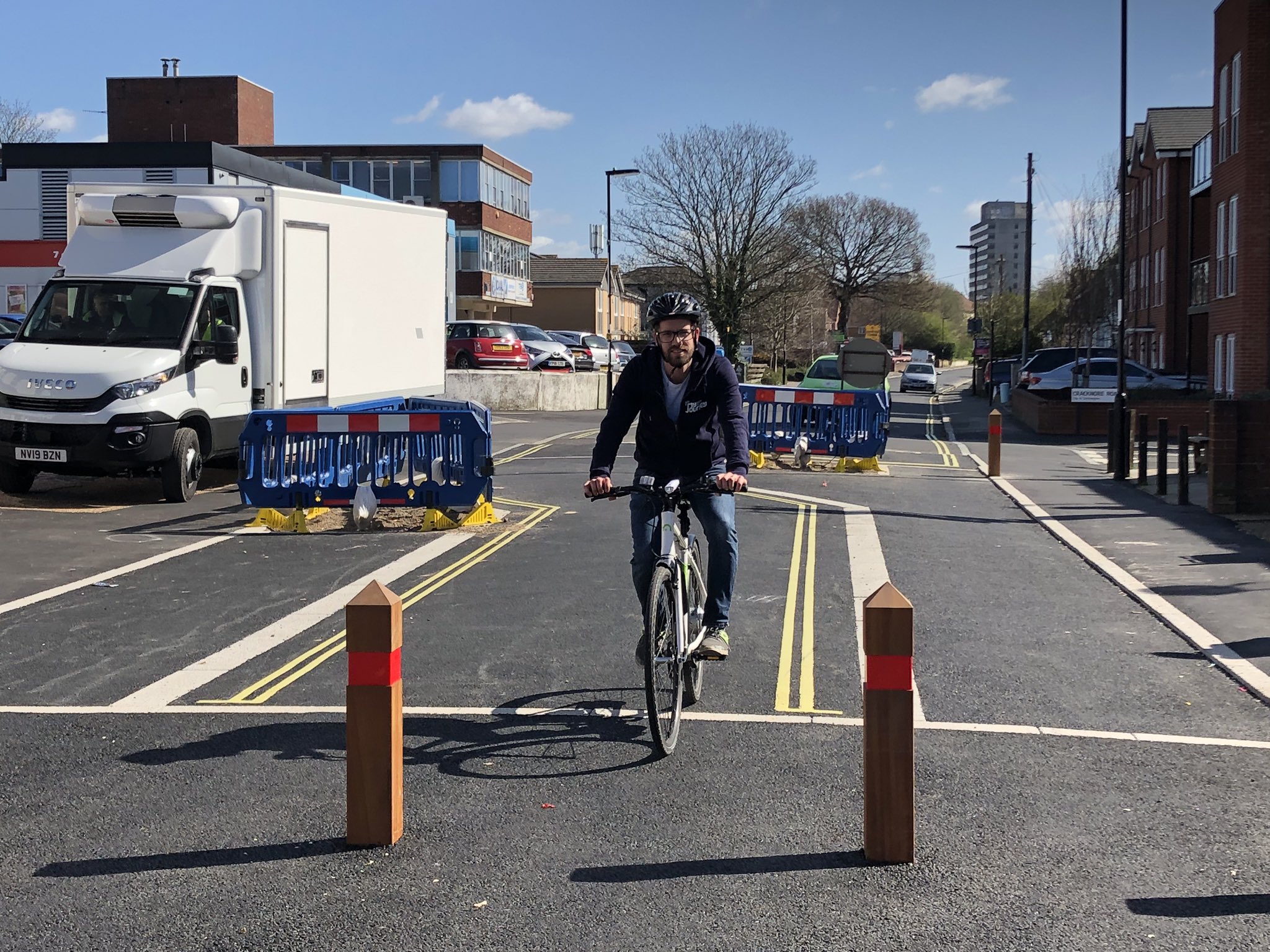 Have a great Tuesday. Leave comments. Get in touch. Go on the Social and add thoughts, its happening either way.