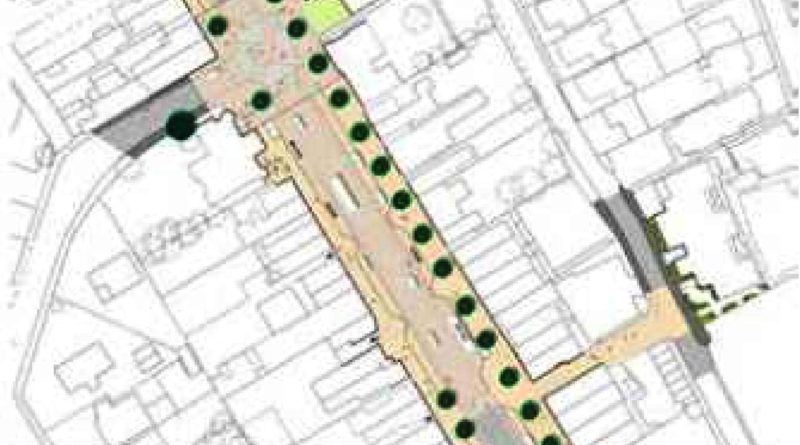 There seems to be a lot of road and other consultations underway at present, I wanted to just contextualise them and give a bit of an objective view on them. You may have seen on the 11th a new Broadstone post from BCP.    Im assured that this proposal was due to happen earlier on at the time Dunyeats Road was re-done,  June/ July 2019. The proposed 20MPH zone would have been in that time had there not been various setbacks. That work was excellent and changed the designs on the ground to include the whole length of the road, it also added more to the junctions onto Dunyeats at later date. These latest considerations of the roads right in the centre of the locality are also right on point, with engineers knowing the traffic movements well enough to give a couple of versions that will in either way of treatment hugely improve them for residents and Active Travellers. We hope you contribute to the consultation I posted last week too, I contributed and as someone who has taught child cyclists from Broadstone Middle School on Dunyeats, Ridgeway and other streets there one point I made was that bringing the school into line with other progressive schools in banning the drop off zone for any pupils other than disabled or emergency vehicles would be the single biggest improvement you could make to Dunyeats road at peak time. As this idea of an LTN (Low Traffic Neighbourhood) is a new one for the BH area, rather than giving personal support to second proposal, with 2 planters AKA modal filtering – my own view is they are both equally good, with the no entry restriction being most appropriate. You have until 22 February to add comments to Broadstone questions. If you are campaigning for more Modal Filters read this which provides lots of good information, there are also posts here, and here about these type of changes now happening all over U.K.  The idea of filtered streets have so many benefits to people, and its far more than ‘closing roads’ which is what local papers and soundbite culture pushes out. With emissions from motor traffic the biggest component of pollution now, and Councils writing Climate Action plans to deal with the very real changes that are happening now, reducing unnecessary short journeys by car has to be an essential aspect. Broadstone itself was given a large-scale Consultation over a number of months up to 2018, in the formulation of a Neighbourhood Plan by resident Cllrs Brooke and Slade. This detailed Neighbourhood plan covered all aspects of the town, and treatments needed to equip it for a healthy vibrant future.  With the change to local Councils and creating of BCP however, it is under review and being updated because of the need for the new council to produce a new Local Plan, this is aimed for end of 2022. Broadstone Neighbourhood Plan revision should be completed by the end of June this year ready to submit to council for approval. It will take into account both national and local changes to the planning system. Planning system changes deserve recognition too, over months and months Officers worked to update Parking planning, with revisions including modernisation to incorporate much of the town centre development that is going on now. Rather quietly the Portfolio holder for Transport supported these updates thereby bringing BCP into modernity on New Development parking regulations. Urban life changes like not having the necessity of owning a car are still lost on many of the suburban Cllrs that live in the area, the same people that are opposing the changes to roads. Back to Broadstone, here are the documents that comprise the whole plan, and how decisions were made on them.

Youll notice that section 1 includes the transport challenges and solutions, still in development. Its all inclusive, a great way of covering all aspects of how place is managed. Im assured that there will be more added to the plan with reference to pedestrian accessibility, cycleway networks and connectivity and whats now known as ‘Public Realm’ basically anywhere between owned private property and roads. We have a burgeoning bracket of consultants and architects that design for Local Authorities how to change footways for the better, all good however when these places continue to remain through routes for H.G.Vs, buses and the same amount of motor traffic a rather cosmetic exercise of short term benefit.

Here is a fourth design for the Broadway which includes much improved space for walking and ActiveTravel to the area, a rethink of how the public space is used. 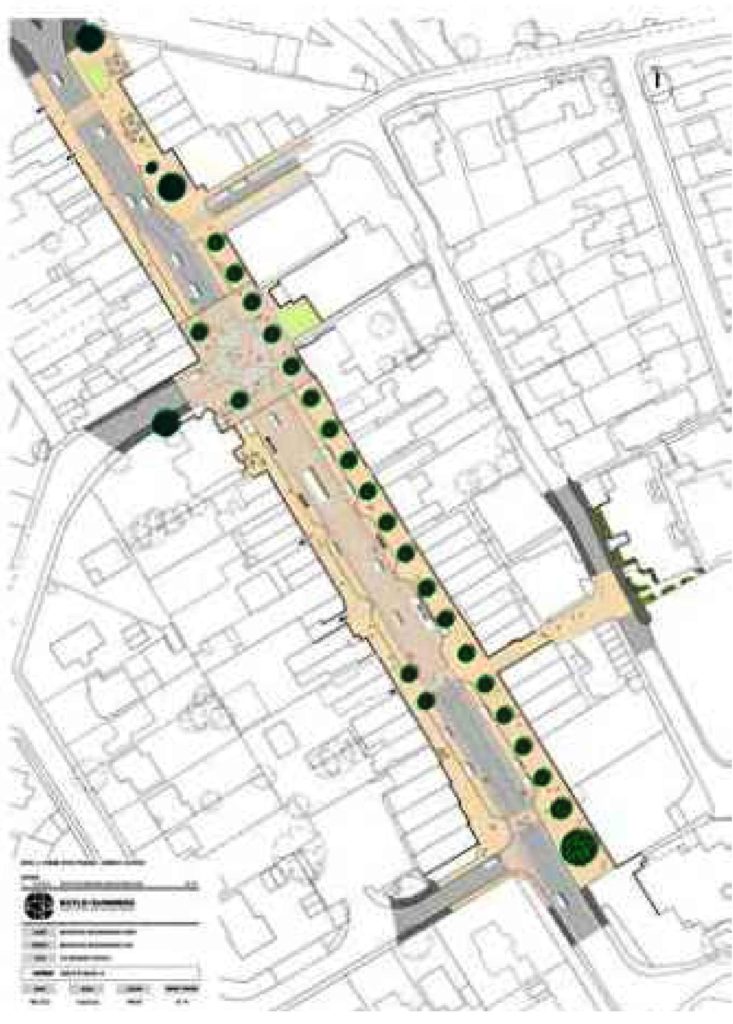 There is a huge amount to consider on plans such as these- but the reason why im posting this today is that it shows Cllrs in the Ward have already in advance considered many of the major transport issues of their area- brought them into Public conversation and dealt with objections to changes. The report concludes with the words:-

“A Masterplan is a programme for positive change in a defined area, such as that specified by
the Broadstone Neighbourhood Plan. The Regulation 14 consultation, held during April and May 2016
produced overwhelming support, from amongst the respondents, for the concept of a Masterplan for
Broadstone. Consequently, Broadstone Neighbourhood Forum will work closely with the Borough of Poole,
other local authorities as appropriate, residents and local businesses to produce a Masterplan that will
address the issues that have been outlined. This will help achieve the vision for Broadstone as set out at the
beginning of this Neighbourhood Planning document. It must be remembered, however, that this is not a quick
process (Figure 1.16). To implement any redesign as part of a Masterplan will entail a safety audit and full
technical review, as well as significant additional public consultation. Funding will need to be identified and,
if necessary, a phased implementation scheduled to minimise any disruption that might be caused.” Credit to all those who worked on this for years.

Back to my locality and Strangely there is another Measure from the EATF work that has somehow been put into first consideration over the earlier Poole Quay and Evening Hill schemes where 6 Months trials are due to be expired before it- thats Keyhole Bridge. For an unknown reason there is now a second 1 week open consultation  on it. Officers within BCP have been working on the data provided by the first consultation, which we contributed to, and went further on at significant risk to our campaign by inviting BH14 residents to contribute to. It could be asked that when the evidence shows that there is overwhelming support for this, and actually no benefit to removing- read the Appendixes, why the need for another consultation? Anyway if you dont contribute theres another chance to add to the conversation missed., and accordingly we have asked BHAT supporters to take part. Brings up the question of how the other schemes will be dealt with too but deal with those when they happen. We await to see what our Cllr colleagues can do about this and trust Portfolio holder makes the right decision when due.

On other matters Transforming Travel work has begun on the ground at Leigh Road, and the second Stakeholder meeting we have been invited to attend on the 27th Jan, look forward to that one and finding out some sequence of when the schemes will be implemented.

We are still looking for next Chairman, Secretary and Treasurer nominations for the AGM in March, do get in touch.