Here is an interesting project and you know how much we love maps in transport. If it needs doing it needs a map, or maybe thats just me. Independent Graphic Designer Helen Ilus (helenilus.com) made these Greenground maps below which are available for download or to buy paper versions on the website. All of the Greenspaces are marked with a name and linked by lines, giving a schematic that shows where all the enjoyable walking routes are, over 220 Open spaces in this first one for Edinburgh. It got me thinking of the way that people move around and how for ten years Ive been calling BH area ‘Centrepacs by sea’, which to me it is. On this Tube style map made in 2014 I added the chines that are linear routes linking the seafront, as well as lots of routes that in 2014 werent treated for cycling but made great routes- such as Queen Anne Drive. Happy to say many have been now been done, and as we work towards a fully integrated Active Travel network highlighting the best of the area again seems worthwhile to me. Youll notice the 2014 map had to include the seafront, which is by nature the most attractive leisure route we have, but also the most contested. Many countries have done amazing things with linear routes – see the  Turkey example below, yes its real. 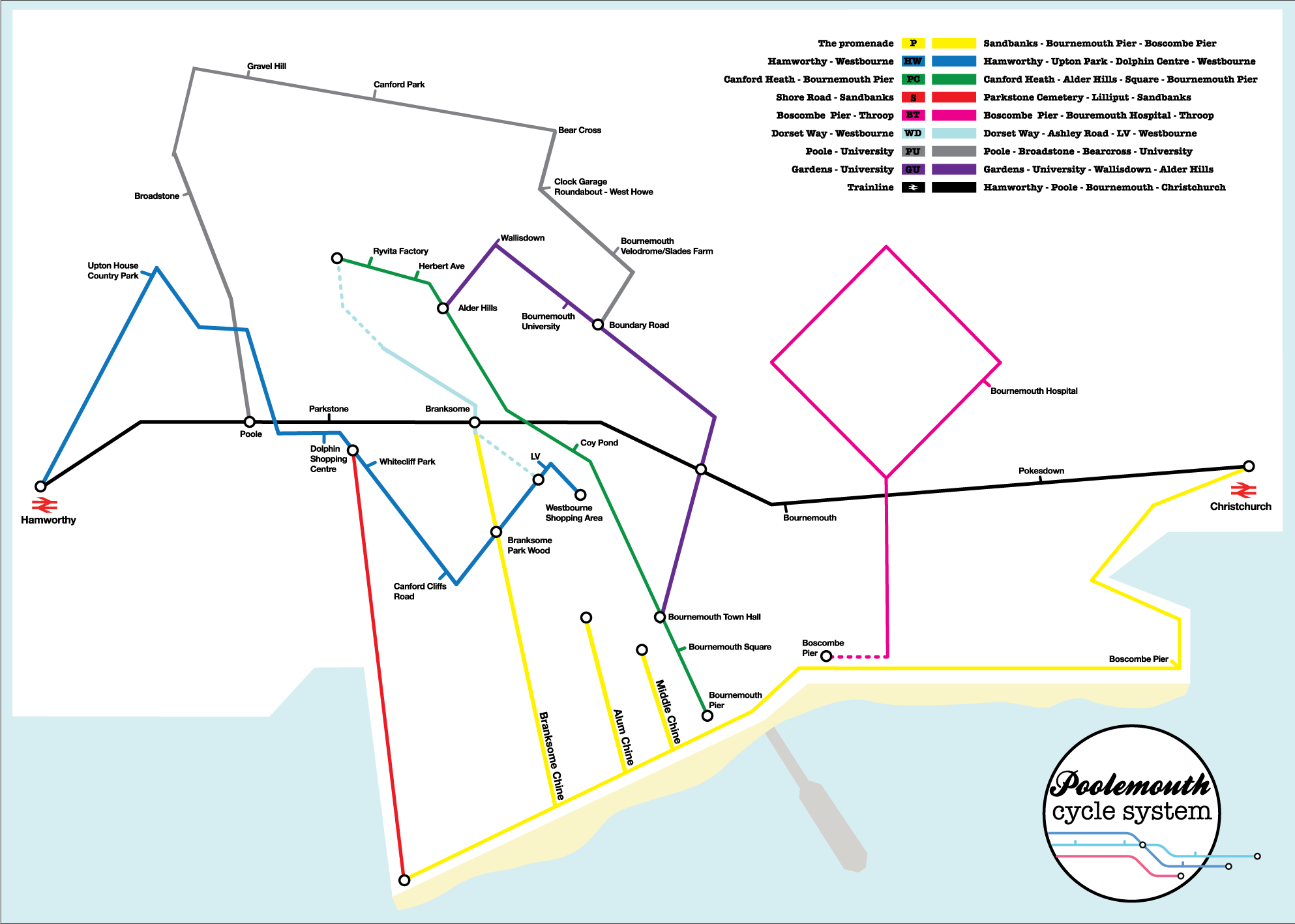 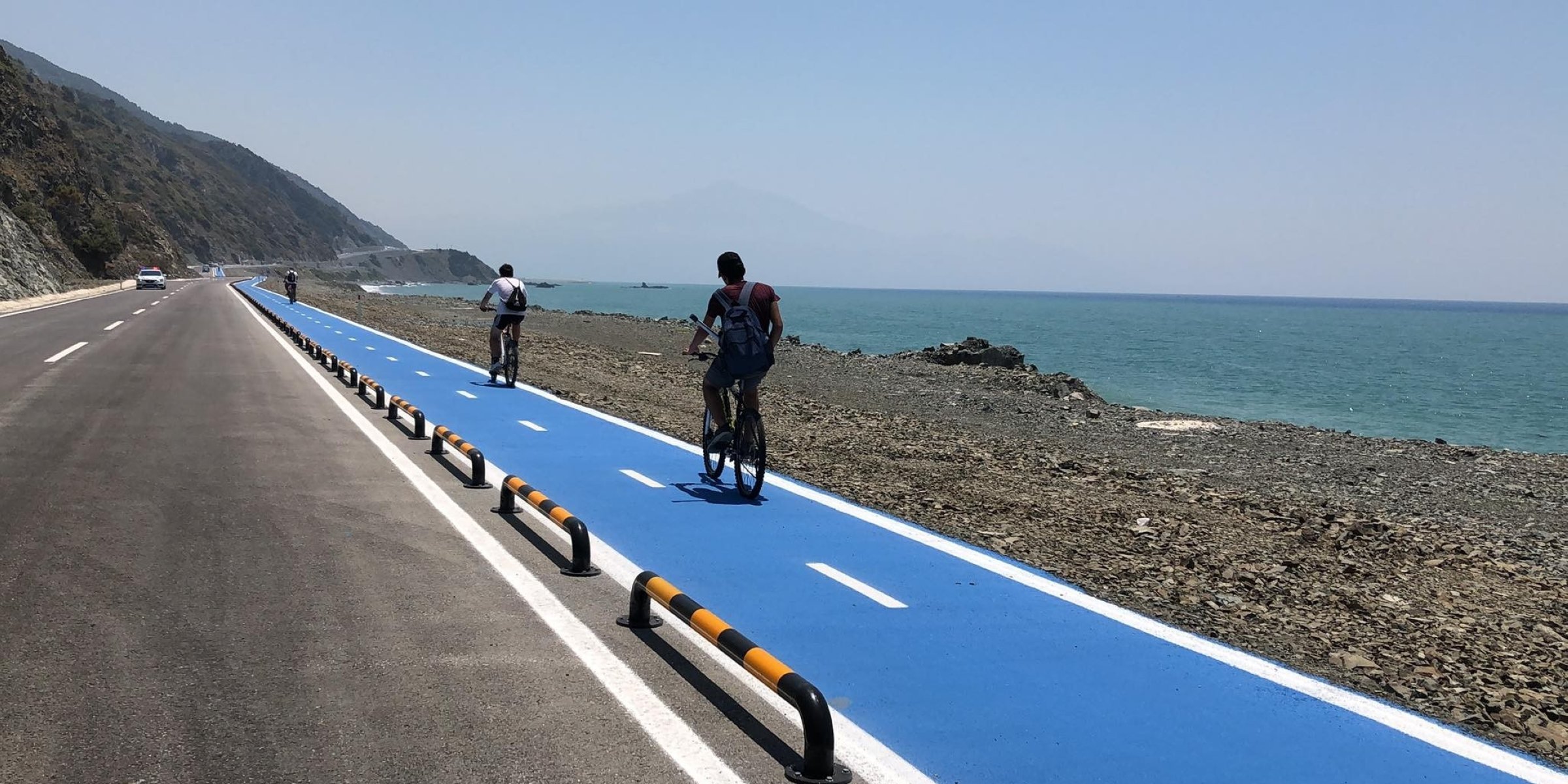 In the same way I wondered how an area map of all our parks and local greenspaces would look? Its fitting as we humans move around in very habitual ways, especially on car trips, once again were at a point in time when people are exploring a bit better on foot and bike, and being asked to do so by Authorities. Can you imagine a time like the first lockdown again when everyone really did leave the car on the drive for the best part of a month and got walking and biking around? going on my sunday run it certainly felt a little like that with loads of families cycling in groups around Holes Bay and Upton area in Poole. So these maps were based on G Maps, if anyone wants to take on the project of transposing all the greenspaces on for BH area, be superb to see, then perhaps after that transpose the cycle routes and new cycle routes on to it. I shared this with some of the BCP officers who were very interested and mentioned that BCP just started a Green Infrastructure Strategy which inherently has crossover with the LCWIP, so that Local Cycling Walking Infrastructure plan could come in useful if it includes the best areas including the seafront and chines..

Another ride I did Saturday which was one I did lots of times during first lockdown uses virtually all tarmaced tracks, I wanted to do it again and avoid the biggest groups of people on linear routes that get busy, and other than around junctions on Canford Heath itself this worked quite well. These Poole routes include the Transforming Travel route from Poole to Canford Heath, the old Lady Wimborne Drive AKA Darbys Lane, which Ive been writing about for years. We all look forward to seeing the work starting on improving this as part of TT.


So heres the Greenground Of Edinburgh and below that London. Enjoy them. 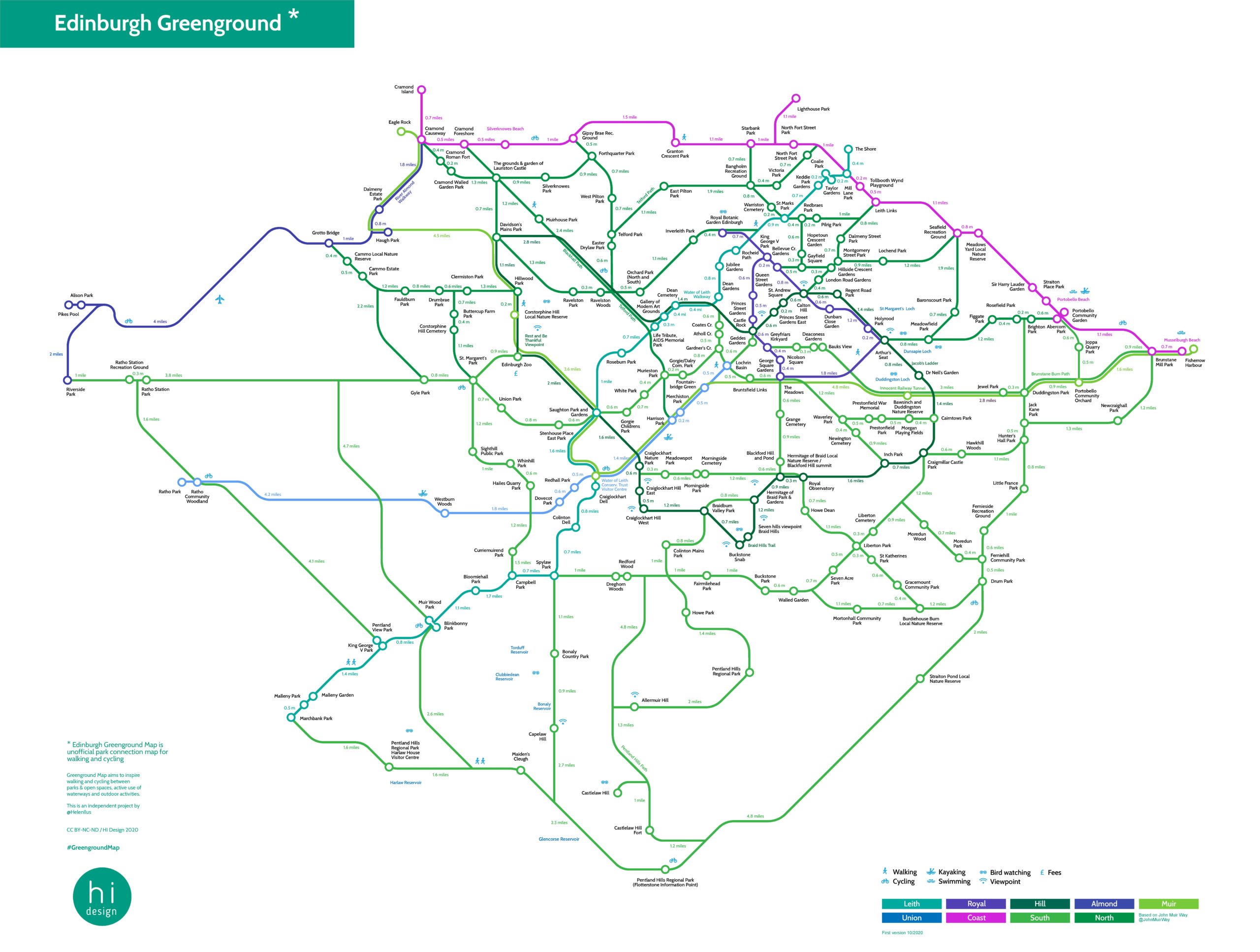 A bit of other information- you may have seen and been contributing to a new consultation on Broadstone roads,

published yesterday it asks to give consideration to 2 solutions on calming streets in the centre of the locality. They are both good solutions, that are considering the worst streets where through traffic passes and at speed. As the idea of LTN is a new one for the BH area, rather than giving personal support to second proposal, with 2 planters AKA modal filtering – my own view is they are both equally good, with the no entry restriction being most appropriate. All credit to Cllrs Brooke and Slade who live in Broadstone and have worked for many many hours on a neighbourhood plan for the area with which this fits perfectly.  As we wrote about in April, this picture of a suggested LTN for Oakdale covers a Kilometre square which means a more comprehensive covering of a neighbourhood, more what Low Traffic Neighbourhoods have been seen to do in other areas of UK. 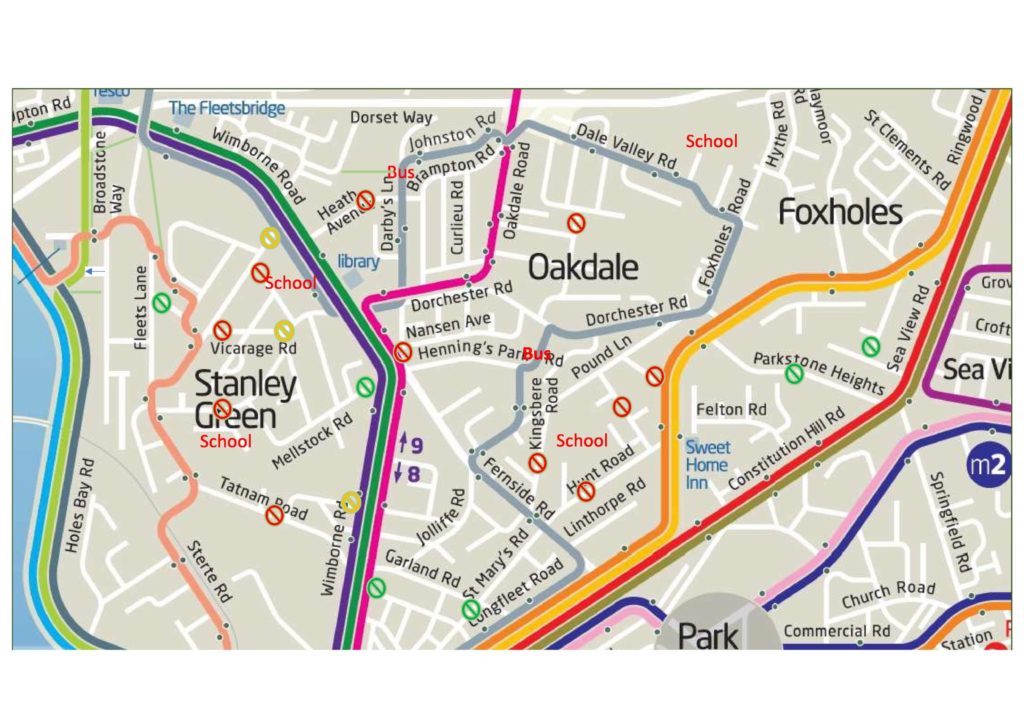 Do contribute- and after all these consultations are given to gather data on what residents think, well then that also means sharing the results in a transparent way, which is something we are requesting in many ways. Whats the point in consulting then not sharing the results? Dates for other treatments in the are published on last weeks post if you need them. Passing Bouy Roundabout today on the way to work I saw the contractors started on the new crossings for Holes Bay, great to see thankyou BCP. As are all the other works going on around the area, additionally the Cabot Lane Junction has new Cycle/ Walk crossing lights installed so let us know how you are getting on with using those- at present I dont know if they are early activation for cycles? meaning, the sequence of lights changes to put cycles next ? do let me know. If you like doing consultations there is also a 2050 Climate Action Plan started  As you know leading the way turning the key in your own ignition and actively travelling is inherently green, all of the measures needed to reduce emissions from Motors need supporting (transport produces the worst emissions) and you can voice that as well through that link.