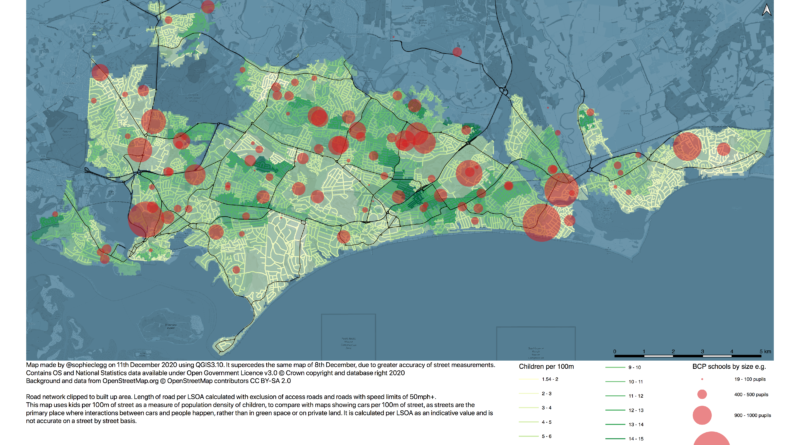 There was a great paper that appeared on Social the other day , by the Sustainable Development Commission tackling car dependency issues, if you ever have to travel up the A350 past or to Blandford- you will have seen the Bellway homes development there at the Tesco roundabout, plans are published on DC website, that dont make the roundabout any more than a through route location- unlike the Boundary Roundabout thats about to show its modern era face. Seems unbelievable that people living in the new development will most likely be driving to Tesco for a couple of bits- not because they necessarily really want to- but the built environment leads them to do that rather than travel actively.

Showing how car dependency is built in and continues in todays culture, we should be thinking of building better towns and cities, not be against cars, cars have a use they have just outstayed their welcome in modern urban life.

This shows the complexity of how G.B streets and people become car-bound, which is now an era many of us are hoping to leave.

Bringing it more local we have a contribution today from Sophie Clegg another correspondent of ours thanks for this. These are maps that show the ownership of the areas cars, and the increase in ownership across recent years.

Sophie main interest is in schools  and says of the bottom map “shows that the biggest schools are not in places where there is high density of children, which also points to the need to enable children’s independent mobility” Completely support that view. Read on 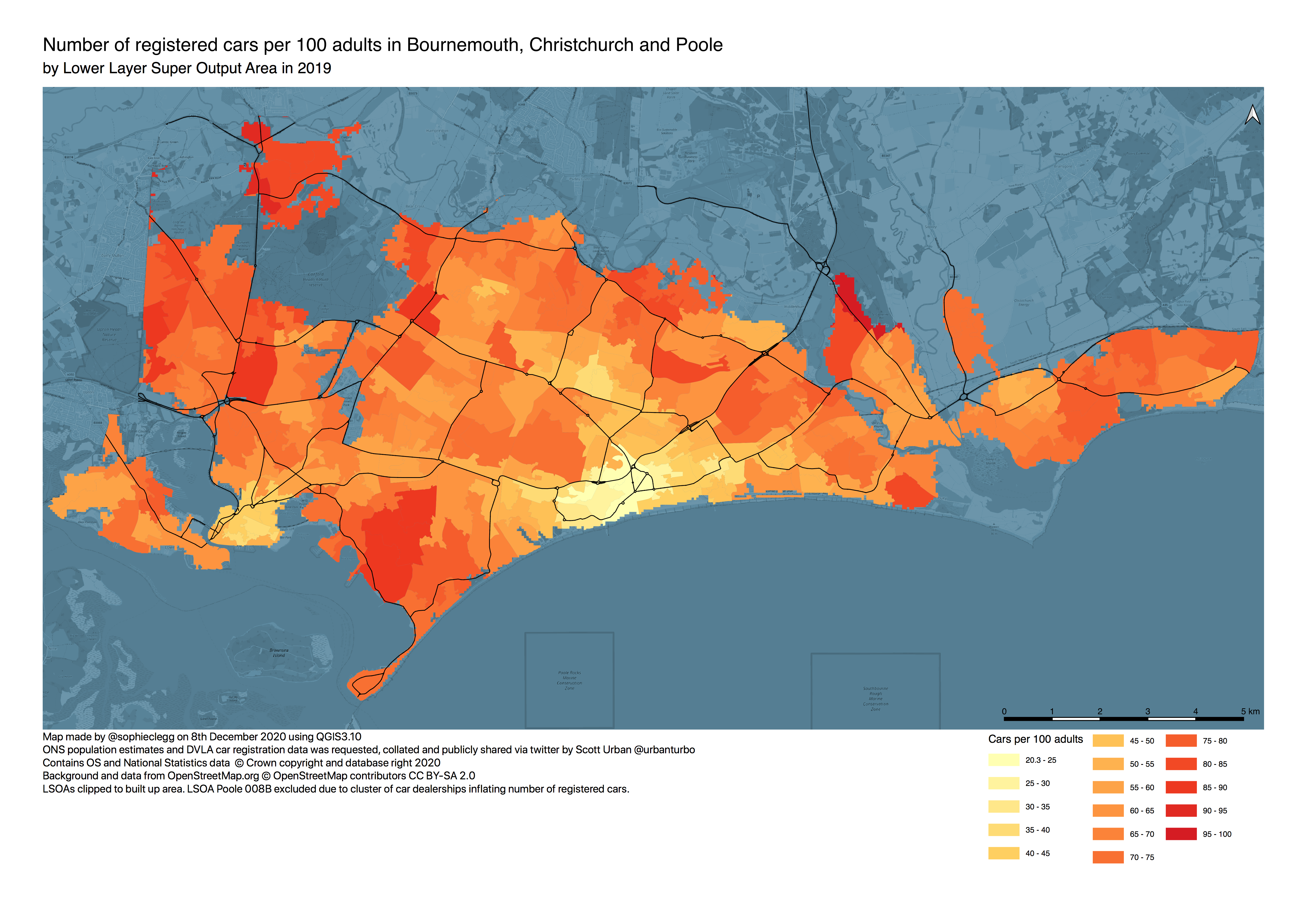 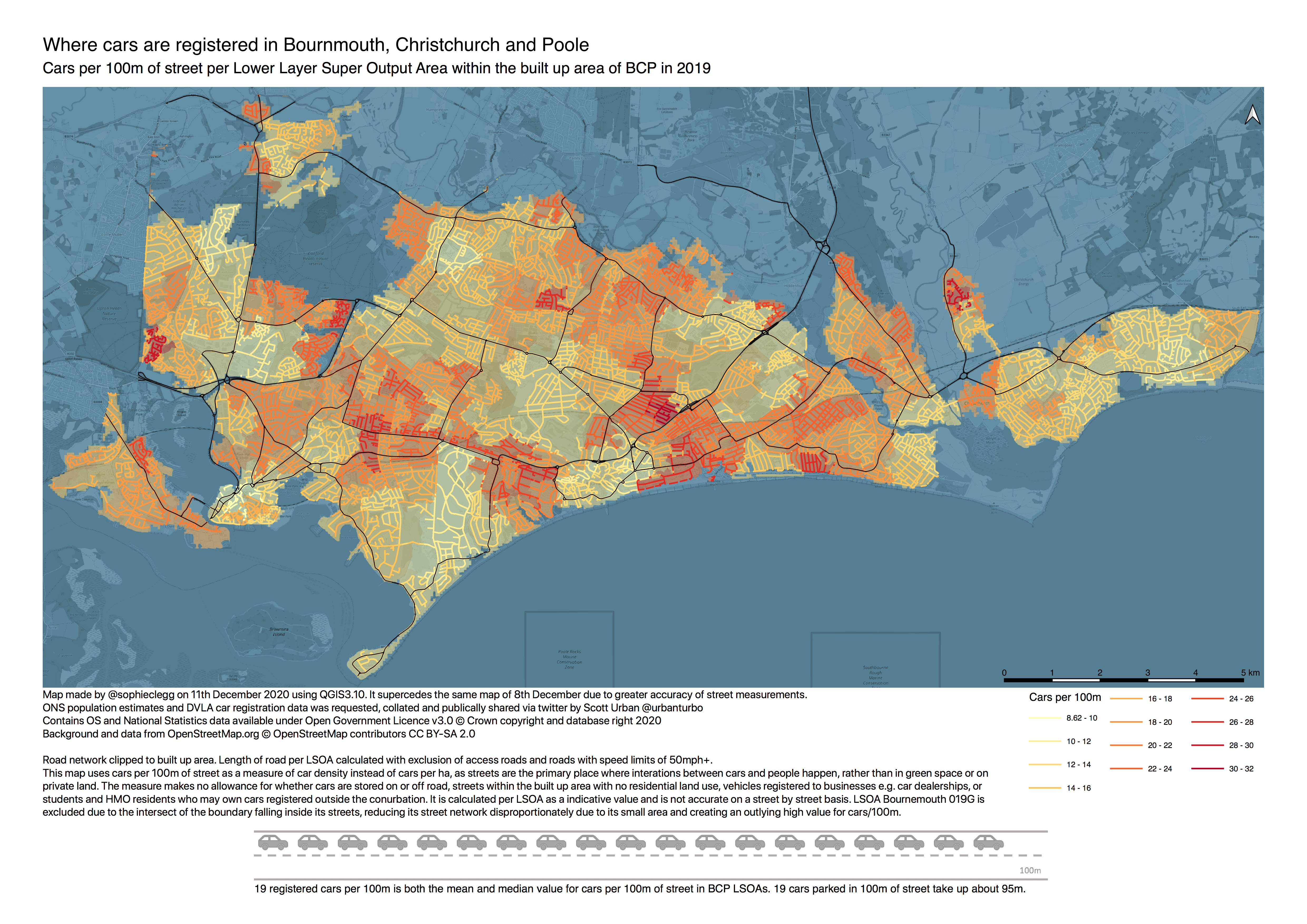 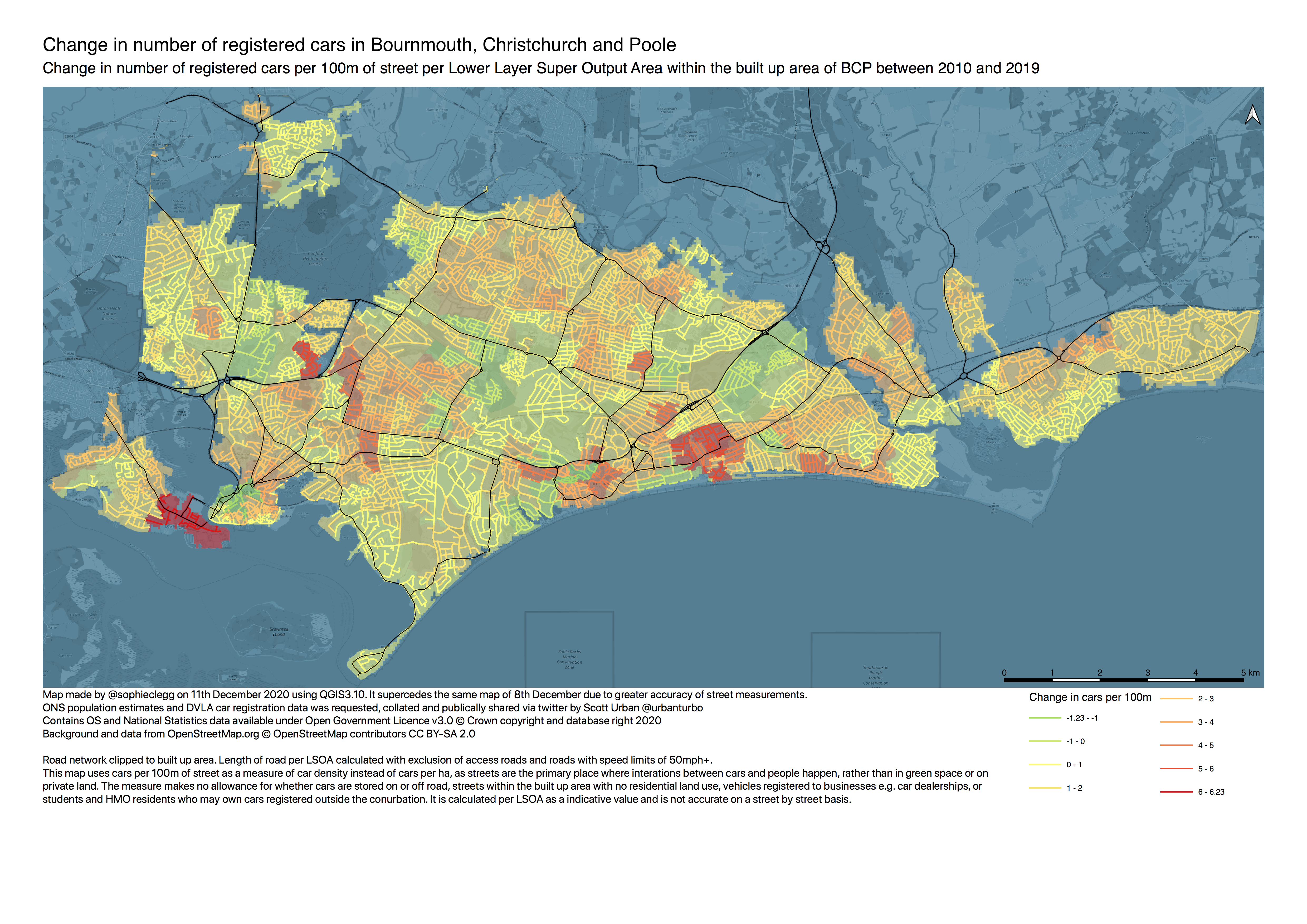 The maps above to me show typical suburban area details, with the centre of towns increasingly reducing car ownership, areas that are within foot fall – town centre flats. My own limited knowledge of such matters finds none of this unusual , there is one aspect that stands out to me however. Looking at the increases in car ownership there is an area namely Hamworthy that stands out. Every bit of information I see about cities and deprivation says that over half of residents in areas of deprivation dont have access to cars, which seems contradicted by this? Or maybe suburban areas are completely different to cities, Im not sure but have a look and see what you think. 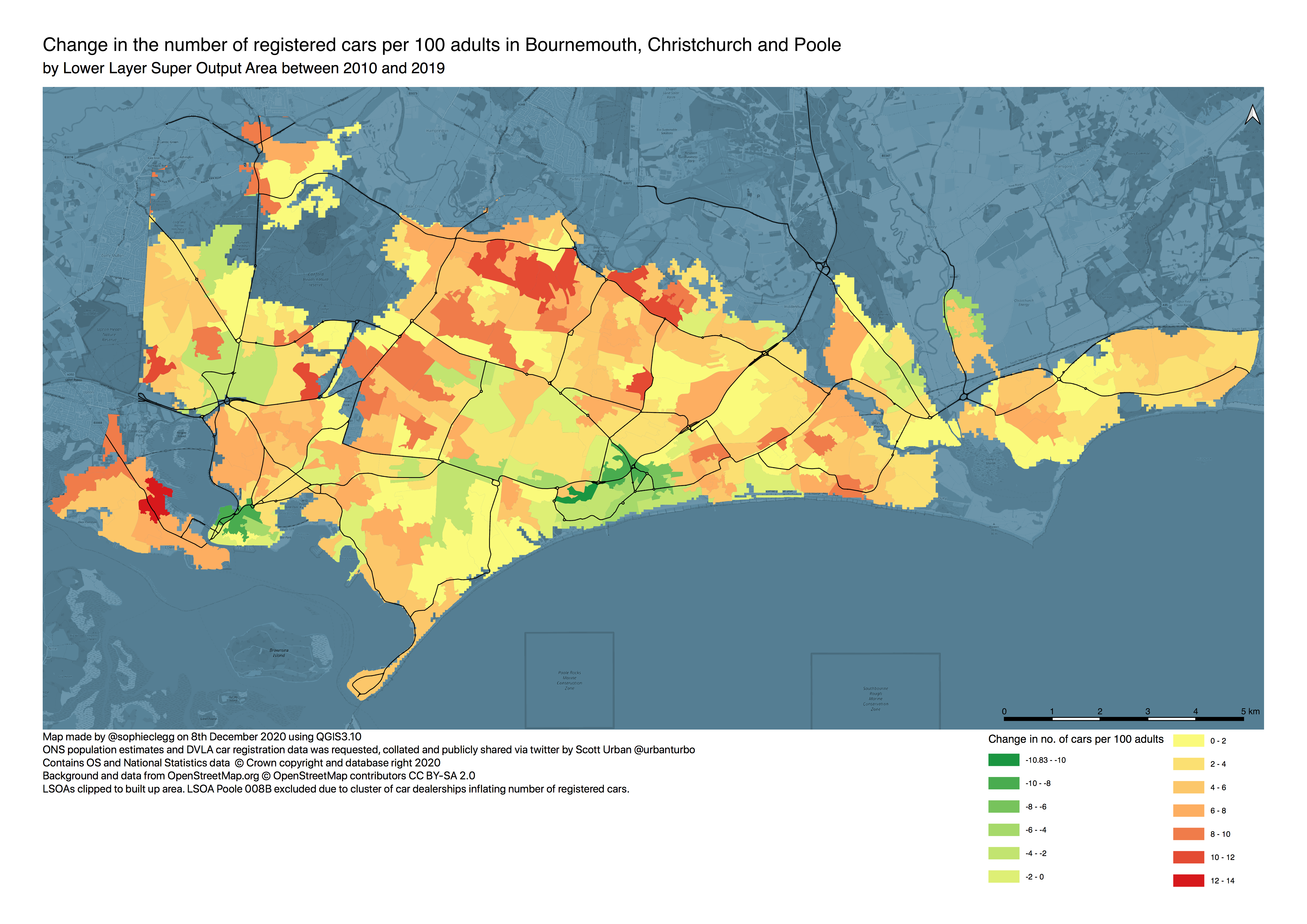 The last one of these shows density of school populations in the area, of special interest to me as an ex 6 year employee of a national charity working in schools. Our larger schools like Avonbourne Academy and Poole High have done a good deal in the past to promote Active Travel to school, I worked on events like bringing Lorries into school and showing children what the road looks like from the cab of an HGV at Poole High. They could all however do much more and its good to be able to link this piece to new funding that has appeared for Trip End Facilities, via the Transforming Travel project. Pleased to be able to say we have already led Lychett Minster School who has a teacher enquiring about this now, many of the pupils there will be on the C3 Poole to Wareham route. Also today pleased to link you to a new post of the sort I managed in 2007-2013 for Sustrans. This is a full – time schools officer post, as we have a new Cycling and Walking Officer just started for BCP, and expanding links to other Charities like Living Streets this would be a great time to take that role- please do share lets get some quality candidates applying for this important job. 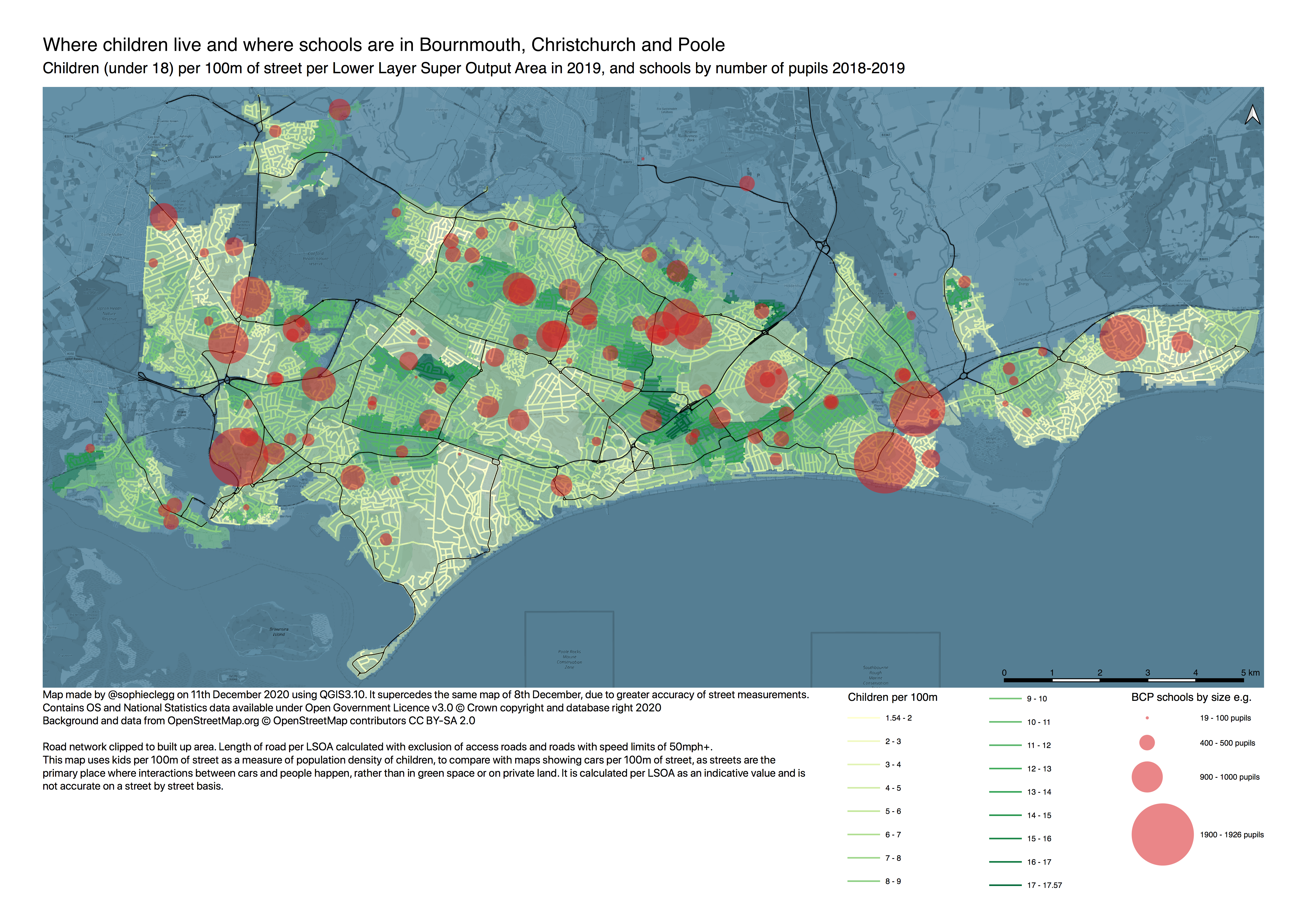 A request– Can you help? If youre interested in this field heres a great example of an area that has had all the existing and old LTNS pinned on it.  It would be brilliant if someone had the time to make one for these for BCP area- I know personally about the Heckford Park area in central Poole and loads more areas that were treated years ago- but Im looking for an area wide map of all the streets with Modal Filters on it, to illustrate what we have already and help us to inform those changes via the new LTNS we now have. Thankyou.

Meeting notes from last week will be appearing soon with the new Constitution.

Other news today- E scooters will be arriving soon as announced yesterday      Interesting development, as these now have ministerial approval from Westminster there is a lot to be done on the legal aspects of using these. BHAT stance at present sees these as welcome in that they are one less car trip, more space for everyone brought about by their use, however until such time as there are protected cycleways in enough places to make them continuous- presently they impact on footway users who are often elderly and so we welcome them with some reservations. if you are interested listen to Streets Ahead Podcast here, the CEO of Beryl talks about E Scooters and them being docked as a necessity.

Finally- Heres a piece of inspiration from todays Twitter,

An area of dense Victorian streets in Wolverton , Buckinghamshire just like Winton, Upper Parkstone or many other places in BH Area is being transformed

heres a photo of the ideas for streets, some inspiration for a tuesday have a great day. 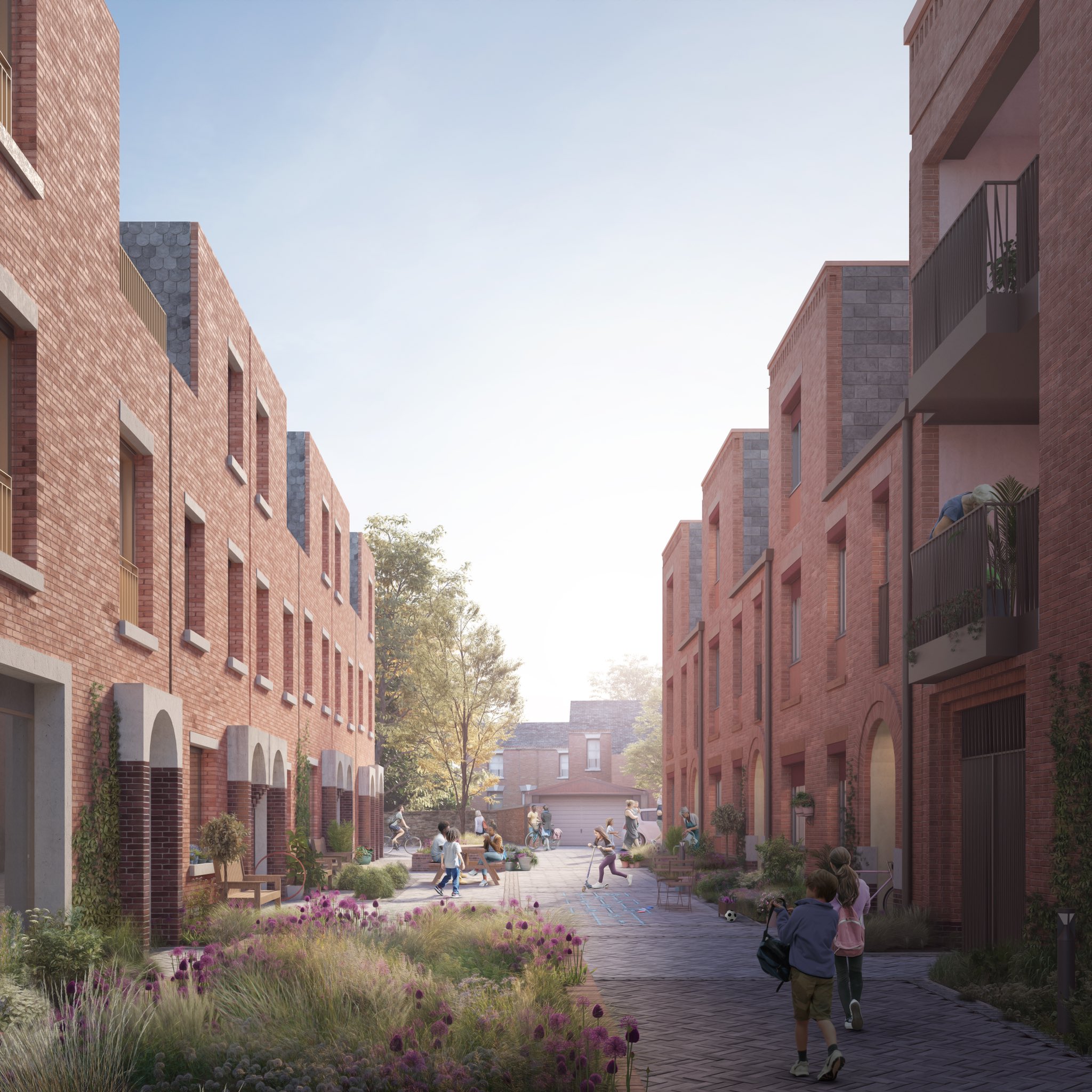