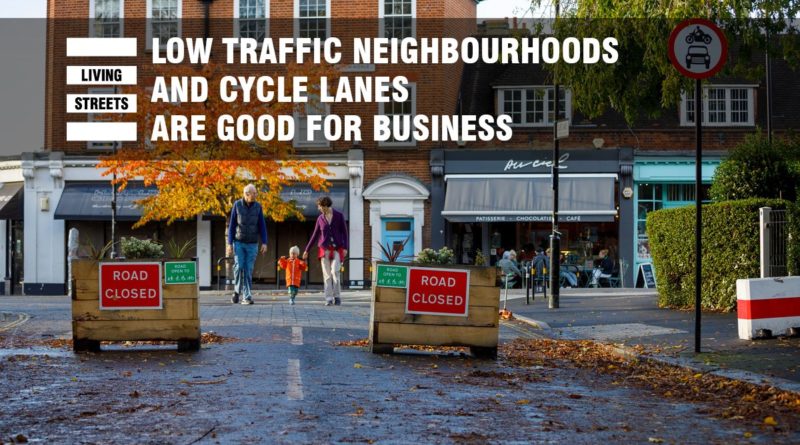 Thanks to the 25 or so members that attended the Zoom meeting last night, in due course Full minutes will be published with info. Next meeting is AGM on either 02/ 09 March 2021 TBC. Nominations for new Chair are open now, 3 years is an effective duration for any committee member, hence the reason to open to other energy. Read on for how the Forum has changed over last couple of years. I have been talking to other Campaigns and managers about the constitution and considered all the following as offering most effective in achieving the aims of the forum. Welcome to our new Poole Living Streets Partners, we look forward to working with you.

Where are we now?

Digital upate:
Since the last meeting in September the Facebook group has continued its growth with some impressive numbers, more importantly creating a more varied and very active user base from a growing number of linked community groups, actively sharing in areas where we have previously met open resistance.

The Website is also slowly gaining momentum, even though most of our regular efforts are currently on Facebook with 1.2k individual users (+74%) and 1.8k sessions (+76%)
Key objectives for Media for next quarter will be to get the website listed in more places online, to link with more groups on social platforms and following feedback engage with more disability groups. If youre reading this thanks- usual Tuesday views were 100+ , which is when I post every week

What do we need to do?

After discussion with key members it was agreed that BHAT has grown considerably and will most likely continue to do so – therefore we plan to take steps now to set up the group better for later down the line. Although we can and will continue essentially as we are, these actions may include all or some of the following:

Rewrite an updated constitution taken from the original which will be live online and on social platforms
Recruit more lead members
Ask for volunteer ward Councillor reps- supplying them with Cllr details and BH Ward area info
Create a Structure for growth including new chair, secretary (ies) and treasurer which will be voted on March 2021– request to be nominated now if youre keen
More structured communications with BCP Council – making it easier for them to liase with us
Affiliations – currently Cycling UK provides the most relevant membership benefits (such as 3rd party insurance etc) and would be purchased out of group funds covered next
We would ask anyone with experience in group work to get in touch

In November and at personal cost BHAT members created, printed and distributed 600 small flyers in the immediate local area BH14 to raise awareness of the consultation of keyhole bridge, following comments that the scheme might be removed early like some others. The additional support generated we believe has led to the scheme now running the full length of the consultation as it should be.

This small but important victory has highlighted the importance of having small amounts of funding available to do this kind of thing. Having considered the option of crowdfunding as not being reactive enough, it was decided a small amount of funds (no more than a few hundred a year) would be very useful to the group.

This would of course change if the group grows past a certain point, at which we will have to formally register. 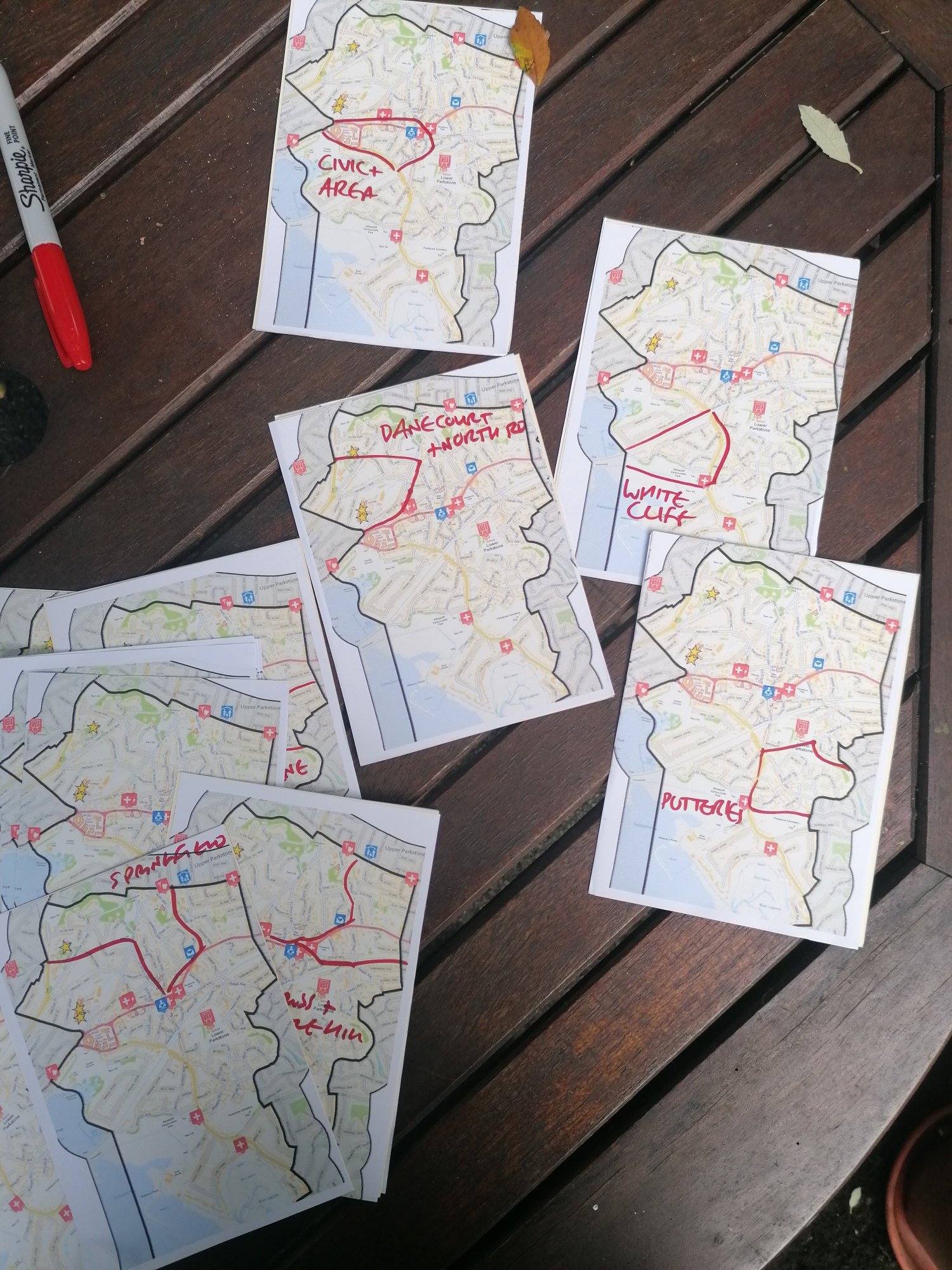 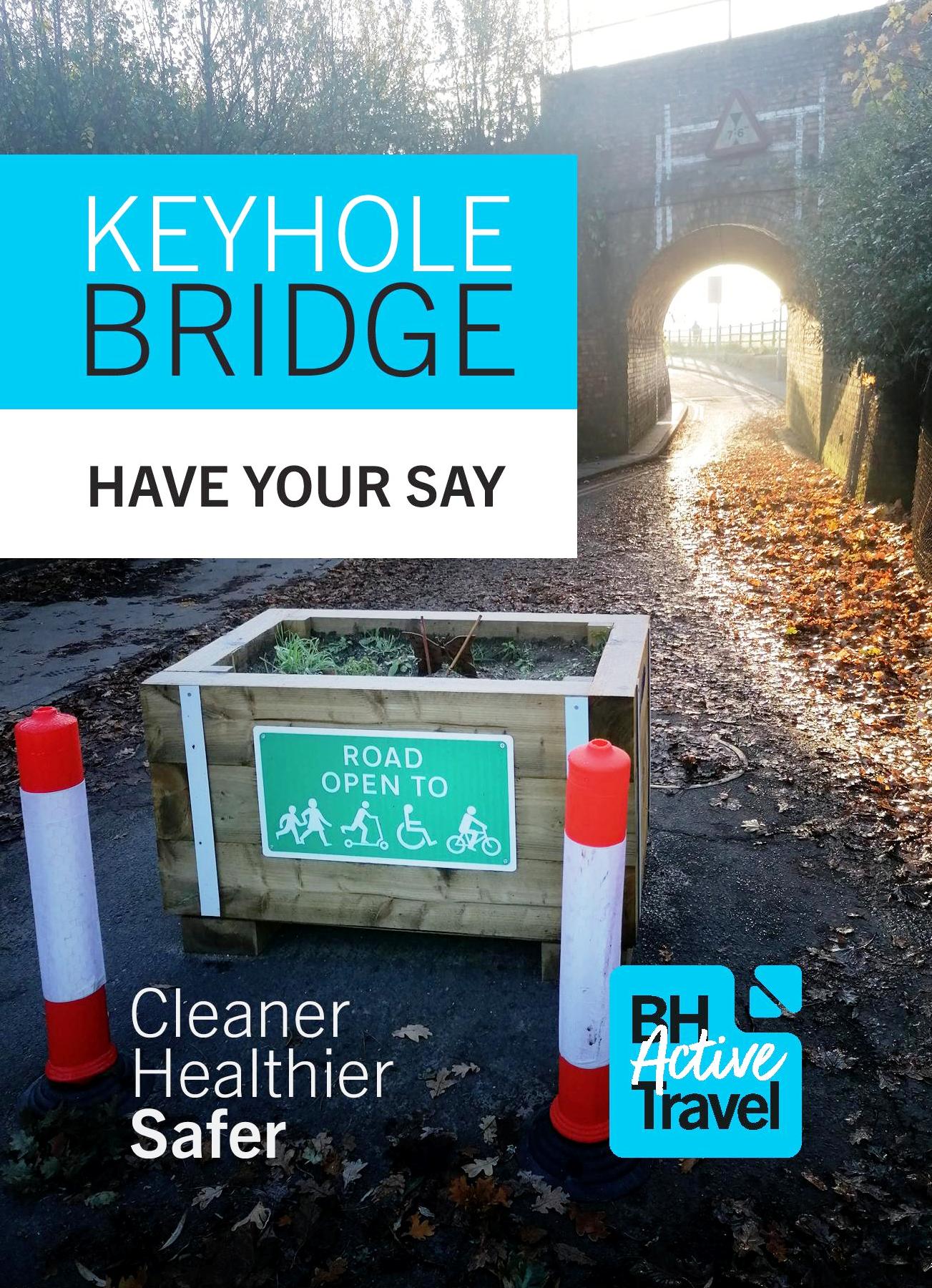