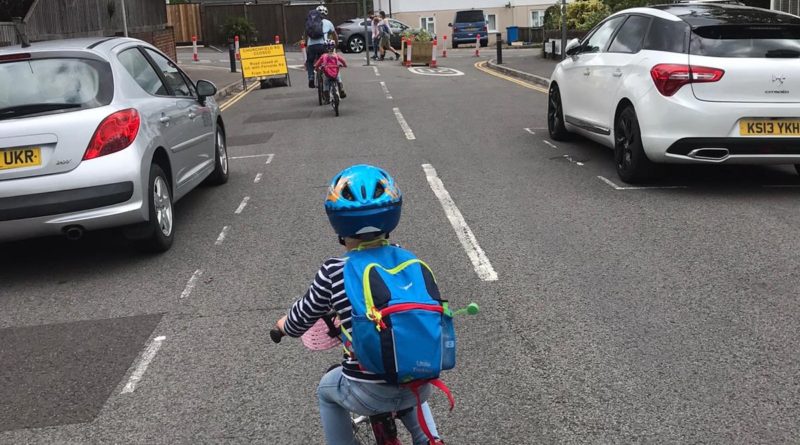 The debate about LTNS goes on, and thats Low Traffic Neighbourhood, as opposed to HTN High Traffic Neighbourhood that has now become the norm in GB. Todays post is just to set out some examples of existing filters that have been in BH area for years, its by no means an exhaustive list at all, and if you want to contribute youre street and say something about it comments are open below. I know for a fact that the ones off Wimborne road in central Poole at Heckford Park are within a half mile of Tatnam Road, which is really amazing when you think about the way that scheme recieved the biggest protest about it. Ask the residents in Heckford if they would like theyre streets opened at every end and see what they say?. BHAT sees this debate currently as almost equal opposition / support across platforms like Nextdoor / FB, what we have been showing people via these platforms and Twitter is the evidence of all the things that simply because they have been there years, melt into invisibility. Starting on the old Poole/ Bmth border we have perhaps our best example. 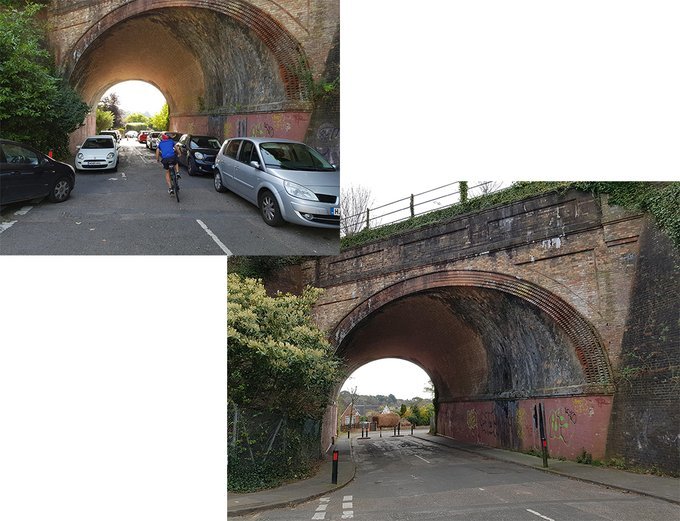 This was really hard to implement back in the day (2005 press), it stops the corner cutting between Branksome wood road in BH4,  the most expensive area in Bournemouth (Current Ward Cllrs Mellor, Broadhead, Rampton) to  Yarmouth road/ Surrey road/ Bourne Valley rd Roundabout. Coy Pond is a sweet locality that appears on old postcards of Bournemouth , we are sure that motors not belting past it all the time keep some of that uniqueness, and its a destination itself as the top of the Upper Gardens- a beautiful walk/ ride and something we at BHAT have been talking about improving for decades. In fact in October 2013 I met Engineers there with the ex- Chairman John Hayter before the below changes were made to allow the tunnel to become a carpark all day. Traffic Order shown below:- ’94 BourneValley Road Coy Pond Road Dalling Road Revoke the existing No Waiting, 8am-6pm restrictions from outside No. 6 (The Old Generator House) to the junction with Dalling Road and also on the western side of Dalling Road north of its junction with Wolterton Road. The bollards at the western end of the railway arch will be removed. (BourneValley Road/Coy Pond Road).’ If you read the press its exactly the same story today, some individuals protest against changes that are for the greater good. The photo header today tells you whats this is about, not about you, its about future generations that shouldnt have to live with pollution, poor quality streets and neighbourhoods,  inactivity and all the other reasons why now know changes need to be made to the way people get about.       Bourne Valley Greenway. Once again its part of our area that could be vastly improved with a few changes, better surfaces and lighting- and more evident zoning so that bikes could stay clear of walkers. We suggest the whole west track for bikes, leaving the centre and east  as it is already for pedestrians. junction priority at Prince of Wales rd and foot of Queens road would also bring it up to date.

Moving on, heres some of the filters from Bmth

These arent road closures, this is redesignation. Nothing is stopped from going to and from where it has to go with LTNS. The fact that It might take you a little longer to drive than it did previously is forgotten in few months until such time as people say, “It was there all the time” 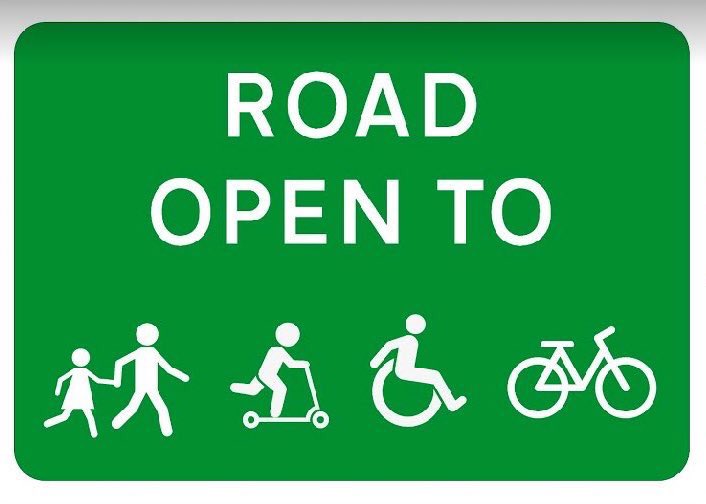 Moving onto Poole, there seems to be more of these in Poole of old than Bmth- correct me if I’m wrong! Whole areas like Branksome were treated as one, so within about a KM square the arterial roads surround and within there are several point filters that basically ensure people know, your start or end trips at the houses there.  Another area that would benefit from this treatment is around Talbot Woods , off Wallisdown road  a single point filter would take the rat running traffic off Alton Road, as I first wrote about in August 2018. Sometimes single point filters do work, as they do at Leven Avenue, which is about to be opened again. Its written into Conservative policy to work on expanding these features, hope it continues as however much some people will continue for the next 25 years to say “these cycle lanes are all empty” excuse me for saying but its impossible to move people around all in their own cars alone anymore. Another example here drawn up by a BHAT member which would stop the corner cutting in Kinson. 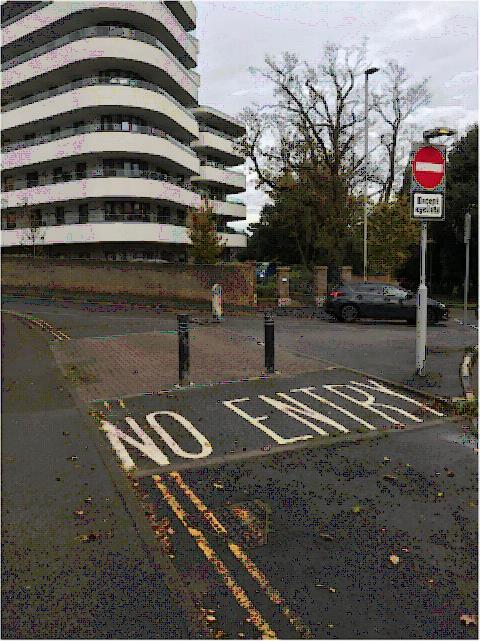 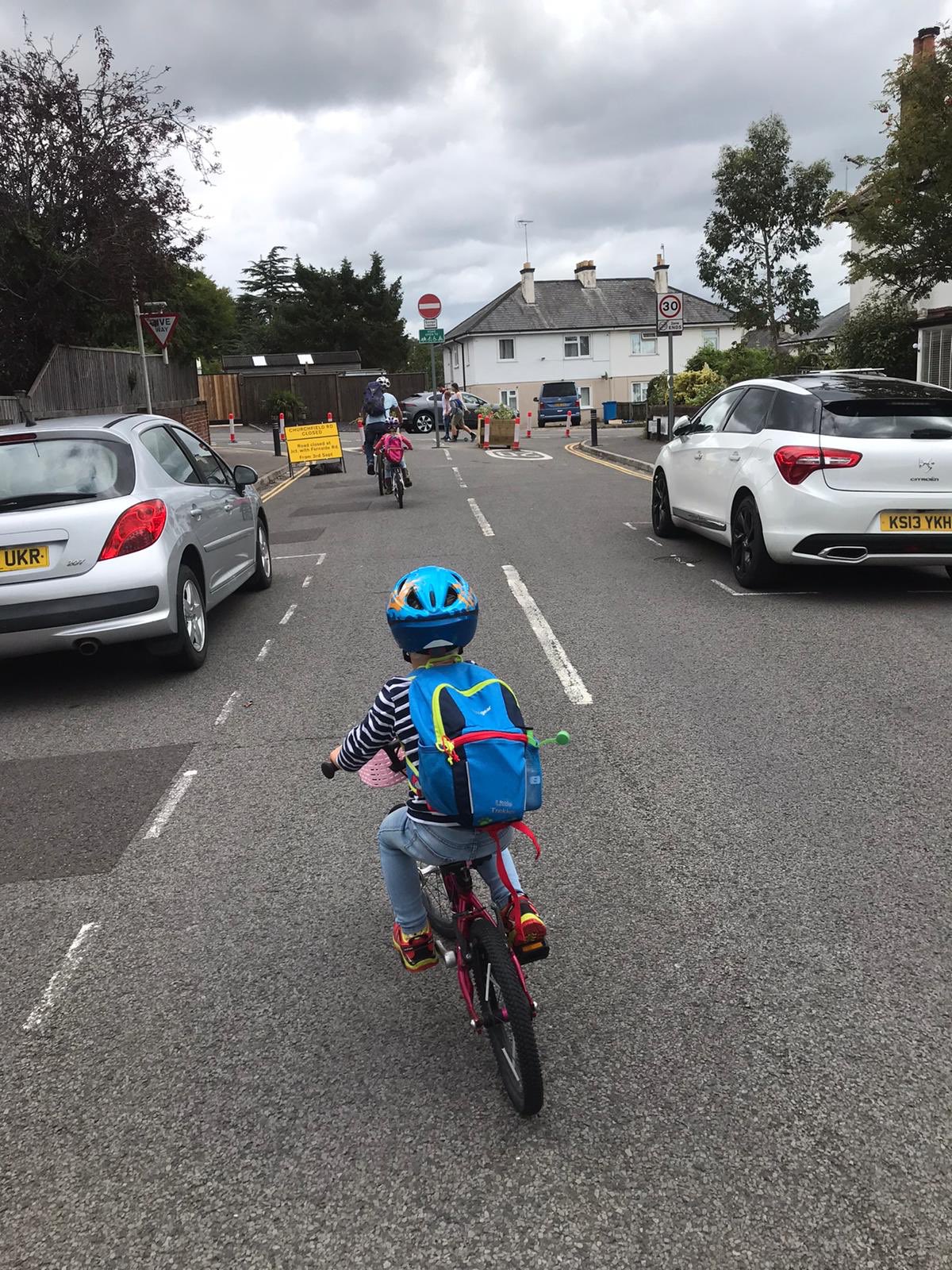 This is where S5 meets C2 , Ferndown, where youll see the widening of footways going on this week, wrote about the bigger picture of TCF routes here    What will happen is that all these improvements will include a cycle element. 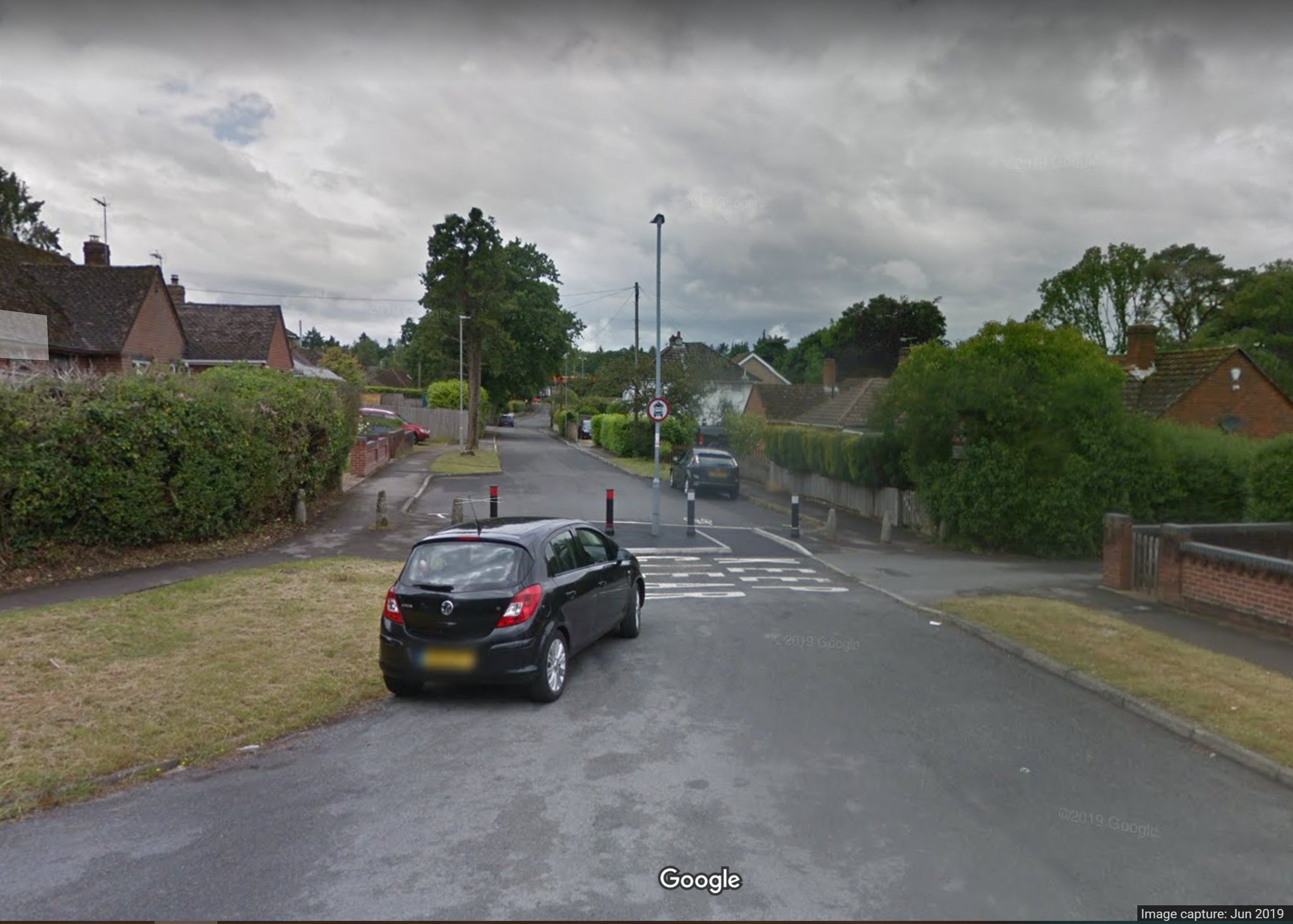 If you feel strongly about any of these issues, email Ward Cllrs, and submit consultations on the LTNS. In BH area  now, despite 2 filters being removed this week, the 6 months window is still open, after which we hope BCP should be able to share the feedback people have given. There are individuals appearing now to object to changes that have never been seen before showing any interest in Transport, using disability group arguments to simply oppose what they dont want to see happen. If you are disabled, join the conversation by all means and be aware there are those who never previously campaigned for your rights miraculously appearing, be interesting to hear what you think. DfT were due to make awards for EATF funding part 2 in ‘Late Summer’ , wish BCP best luck with securing this funding for schemes included here  We welcome more contact from Portfolio holders and Cllrs, the next 3 years and beyond must be more collaborative with residents and people who are asking us for help on LTNS such as Alexandra Park Residents, One day people will just say “It was there all the time”

Every time you approach queues at junctions, incidents, utility works, remember the below. We cant imagine road widening is going to do anything other than fill with more vehicles. 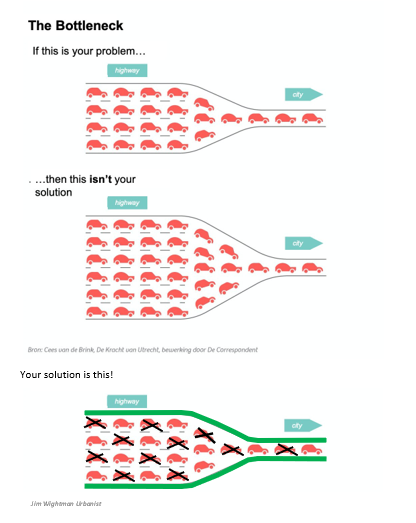