Thought this week it might be good to just focus on one street aspect -Roundabouts. We have now the Boundary work underway which is expected to take about a year to complete. The road changes that are going on now are major in the U.K and its good to be able to just see them in context outside of all the noise of social media and local press. So BHAT were first asked to view draft plans for Boundary Roundabout in 2018, and then about a year later in June 2019 we saw the Continental style roundabout that is now being installed.It could be argued that all European roundabouts are single lanes around them, this one isnt so if youre an engineer do comment. As this is heavily pedestrian area for University students we agreed that the scheme has to build on what is already working there, these are shared tracks around the entire roundabout. Which in the main work for shorter non linear trips, separating lines between bike and pedestrians are advised as they exist now. 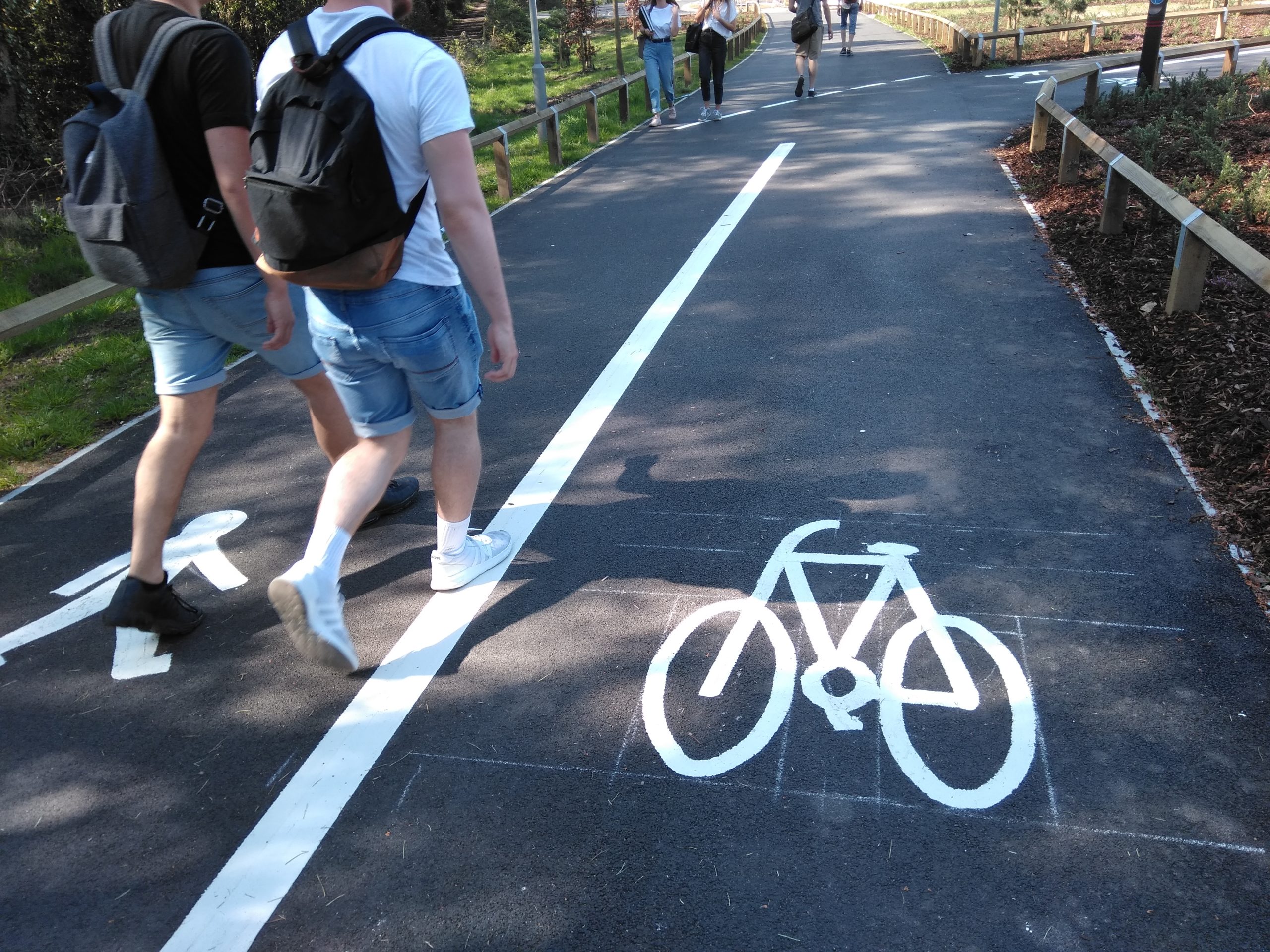 Ultimately protected separate tracks would be better- and would have to be linked to other work- the key difficulty for Local Authorities is connectivity. Remember these changes arent for riders going from perhaps Bournemouth to Burley using this roundabout, but people from Winton to University. This scheme was due to start after the Wallisdown road work, in March 2020- but due to COVID has been delayed, it is a piece of work separate from the Emergency Measures that have appeared on posts on this website since April- and although it is on TCF routes, its different work. This route also is a main arterial out of Bournemouth to the north and C2 and S3 TCF. So it was in preparation for many months before that, I write simply to contextualise how these big changes happen not overnight but at different speeds all over the country. 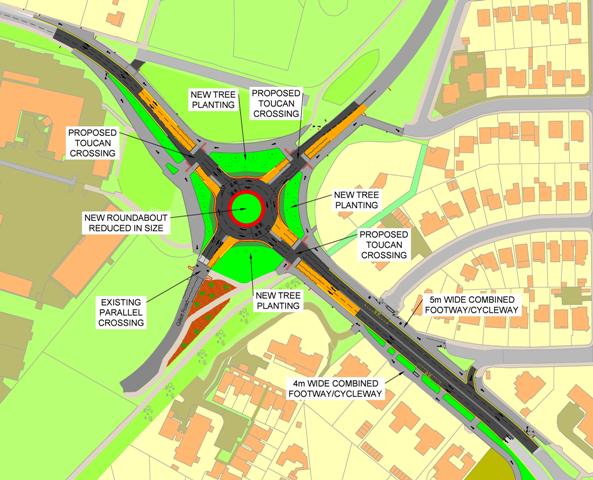 What happened after June 2019 can only be seen in the national context and throws the Roundabout feature into completely different light, Another location similar in Manchester opened recently the first CYCLOPS style junction, and add other the Cambridge announcements and things start to get even stranger. U.K Councils are being given more and more directive to build for Active Travel, and they are doing it in their own individual ways. I am not denigrating Bournemouth work in any way, there are going to be 3 new pedestrian and bike crossings installed there. But while you ponder the Boundary lane Roundabout work, compare and contrast these other two places very much signs of the era we are living through. Further along Wallisdown Road past Kinson Roundabout will be another section of road rebuild, which will have protected cycleways, and again in a different style to Castle Lane West which is proving to be worth every metre of change. 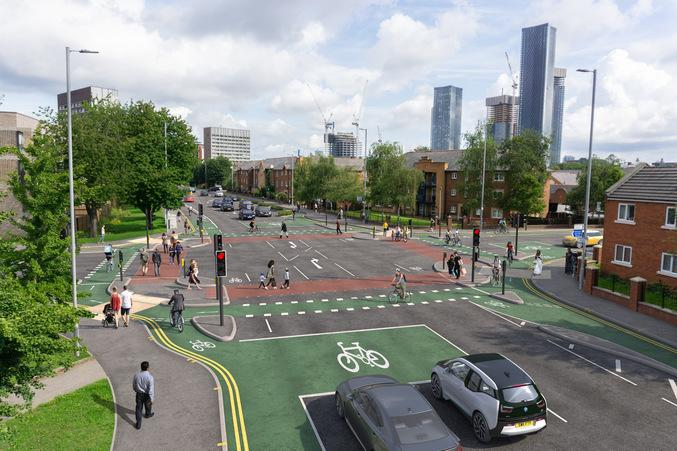 Above is the Manchester Roundabout.

and below into an even heavier cycle trafficked location is the Cambridge Roundabout. If you happened to be going through them and not local- a very interesting prospect at present. I would say that educating people about how these facilities work should be a major element of the implementation work. Th Designs standards that appear on this post will be adopted from now on, and represent a distillation of years of campaigning and work from Cycling Organisations with U.K Government- only just created. Also to note, a new regulatory body managed by U.K Gov called Active Travel England is coming into being that will be an inspectorate of all upcoming work, and will monitor the Emergency Measures for Active Travel that are being implemented now around BH area.