Today we continue with looking at the topic of Low Traffic Neighbourhoods.

You may be aware the amount of dialogue about these current road change proposals,    read this to understand something that has been operating for years in London and is causing so much conversation at present. Or watch the video.

I spoke to the Overview and Scrutiny Board of BCP yesterday about the wider picture of current Emergency Active Travel Funding which is being used to try and avert the scenario outlined below. 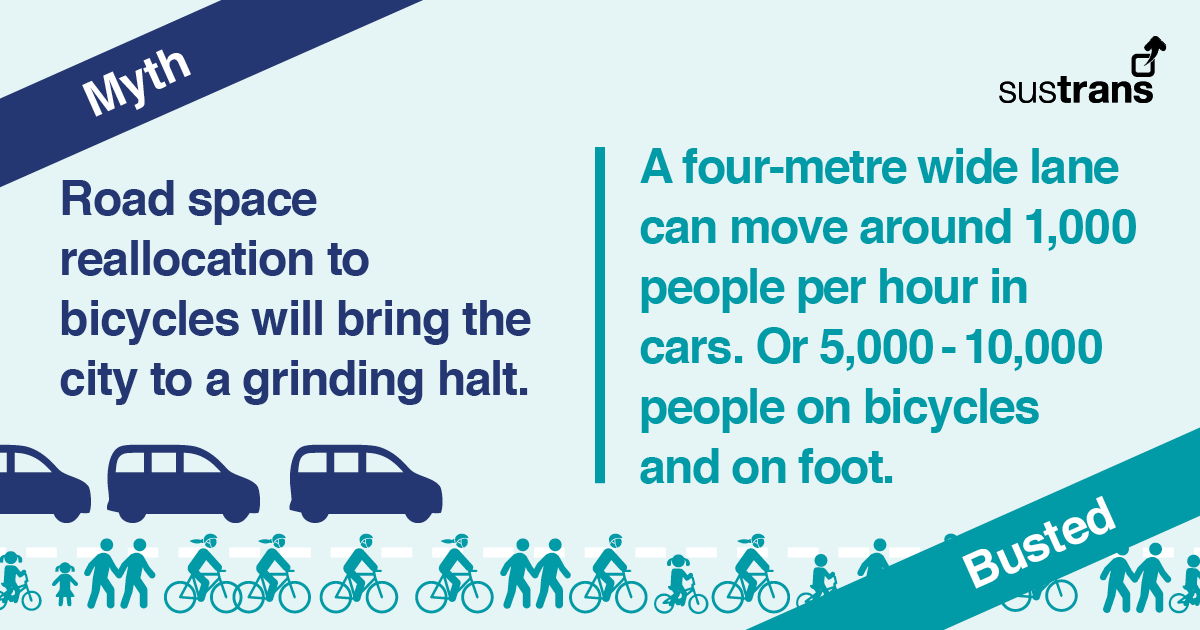 We are watching all the new developments in this field at BHAT, seeing several things happening at once. Many roads around BCP have already got Modal Filtering  these were done decades ago, the time between them and now has only seen continual growth in car ownership, so despite about a quarter of households not being able to afford to run a car, urban streets are full of parked cars most of the time. Winton is in the news today by St Johns school, with a measure to quieten the street around there. This blog isnt going to tell you the answers to the problem of too many cars going short distances that could easily be walked or cycled, but it is putting some perspective on the current situation. Below is an idea from Mike Chalkley former Chair of BHAT, he put this together and we thank him for this. Im featuring just this one place that you may know as somewhere to leave North Bournemouth, Ive been in vehicles with people out to New Forest or further on many occasions and seen google or satnavs direct you through these residential roads- residential roads are exactly that- places where people live, not travel through- but your satnav is reading the other car movements and when queues build sending you down local streets to avoid them. Only issue with this is that your are not alone, when whole populations try and get around short journeys this way, you end up with the state of the roads as they are today. Affectionately called ‘Rat Runs’ our streets have become unsafe, polluted, unattractive places to be because of this. Reading the comments on any platform against re-directing traffic shows how people can consistently imagine that it is someone elses problem, never theirs, entitlement culture shows just how deeply people feel that they should have the right to drive everywhere, anywhere all the time. I’ve used use cartoons to illustrate this situation because sense of humour is my refuge- however there are much better commentators than me working in the field who have also explained whats going on. “Loss aversion” in this piece describes whats going on right now, its simple to just find someone somewhere that objects to Council work, publish it and that becomes the noise everywhere now, its actually far more nuanced than that-

so onto BHAT contribution:- 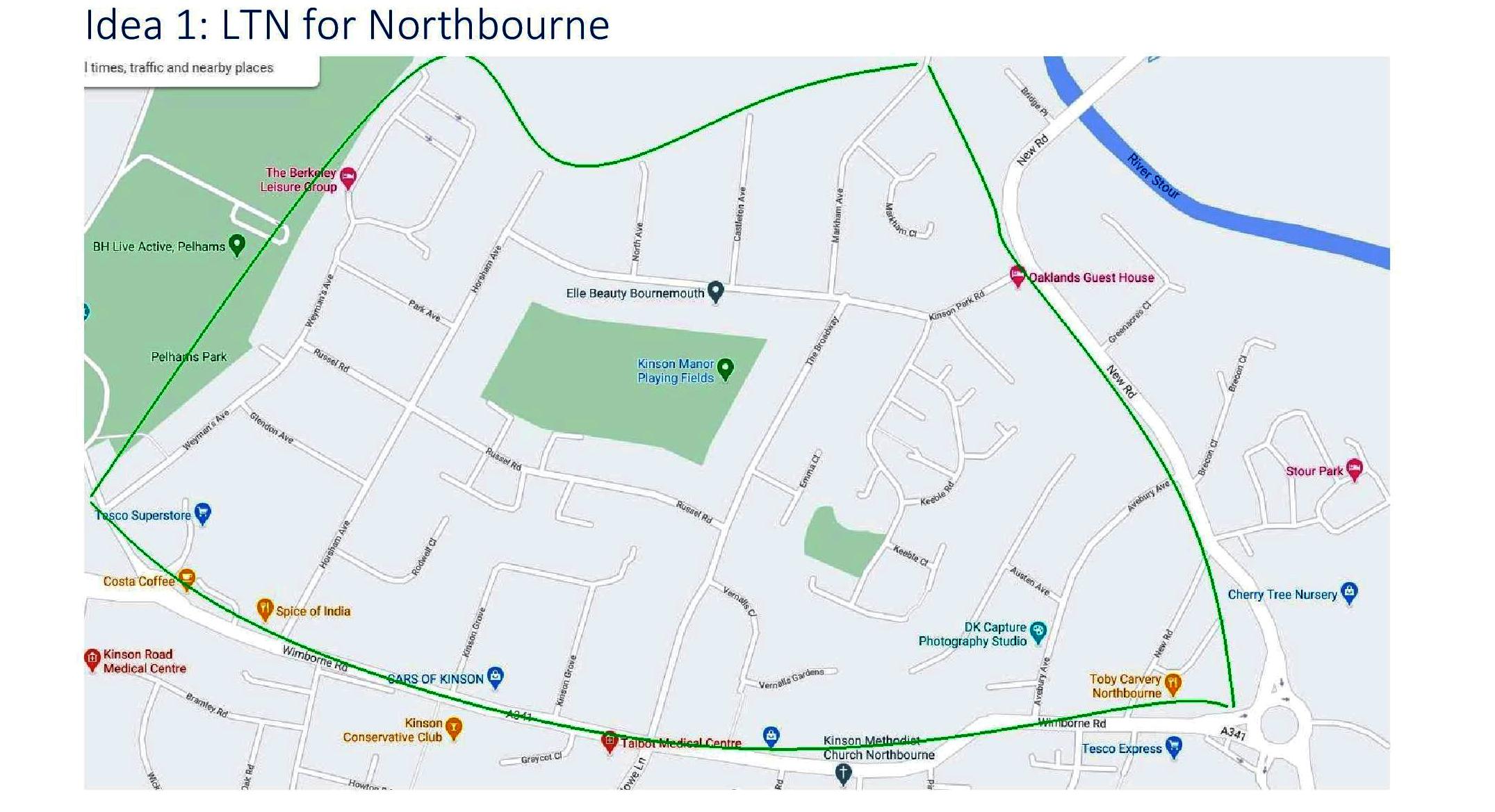 The road layout around Kinson Manor playing fields is perfect for an LTN as it has no feeds to the north. The only issue is Kinson Park Road/The Broadway. Traffic travelling NE/SW between Wimborne Rd/East Howe Lane and New Rd uses this shortcut to avoid the Northbourne roundabout. I strongly suspect when this rat-run is busy, some arterial traffic will use the whole of Kinson Park Rd and Horsham Ave or Russel Rd too.

We can see on Google Map’s street view that the Kinson Park Rd section gets very congested. It has had speed humps installed and also a prohibition on 7.5t vehicles. It is clearly not a suitable candidate for an arterial route. Street view also shows us that 7.5t vehicles ignore this sign. 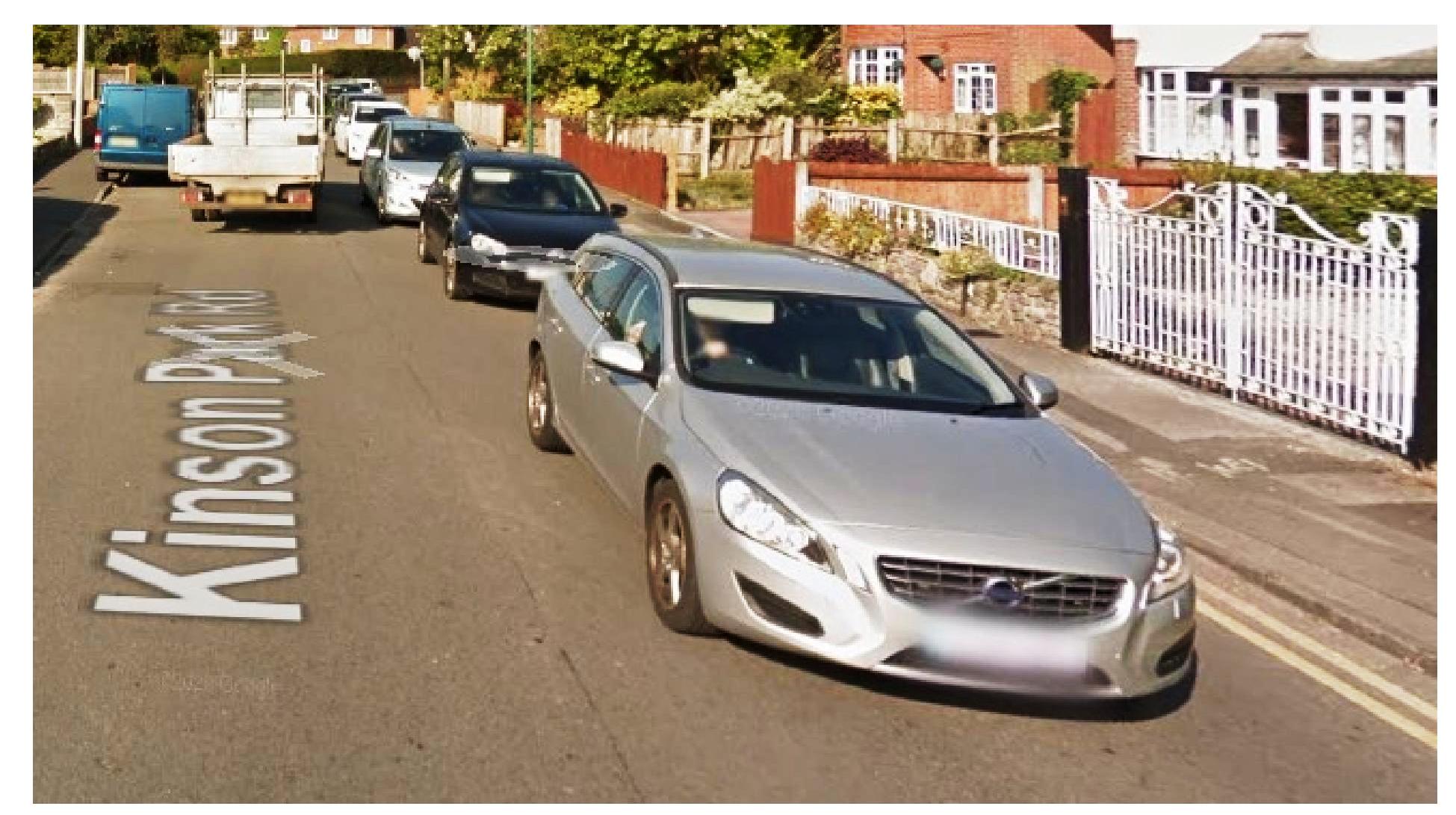 If we created a modal filter where Kinson Park Rd meets New Rd to allow cyclists but not motor traffic, this arterial stream would be forced to use the Northbourne roundabout. The whole of this area would then only have “destination traffic”. Google maps shows that instead of taking 1 minute the arterial traffic would take 2 minutes along the major roads. 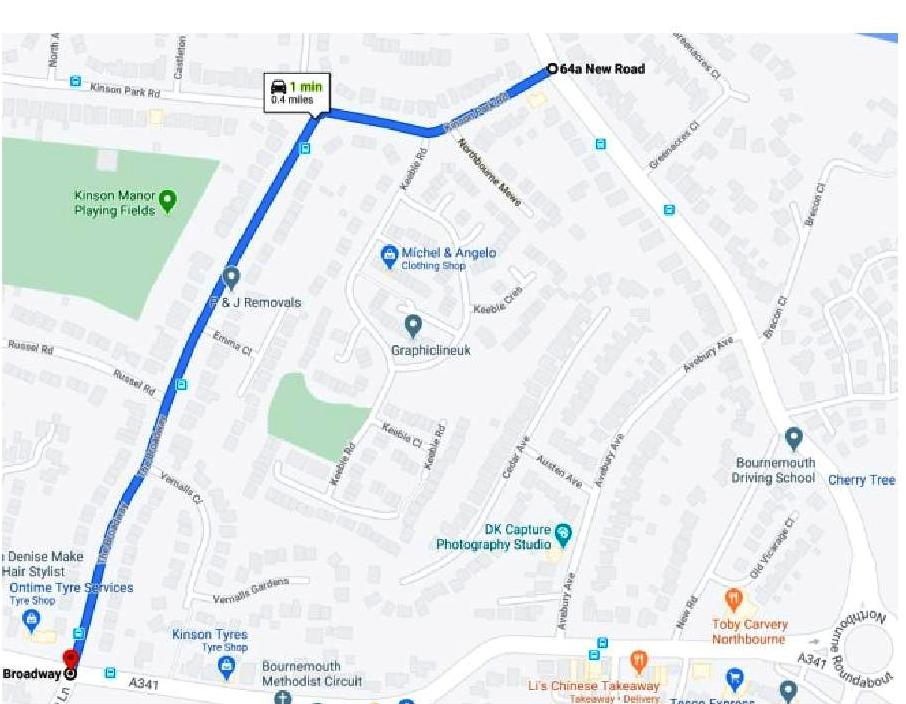 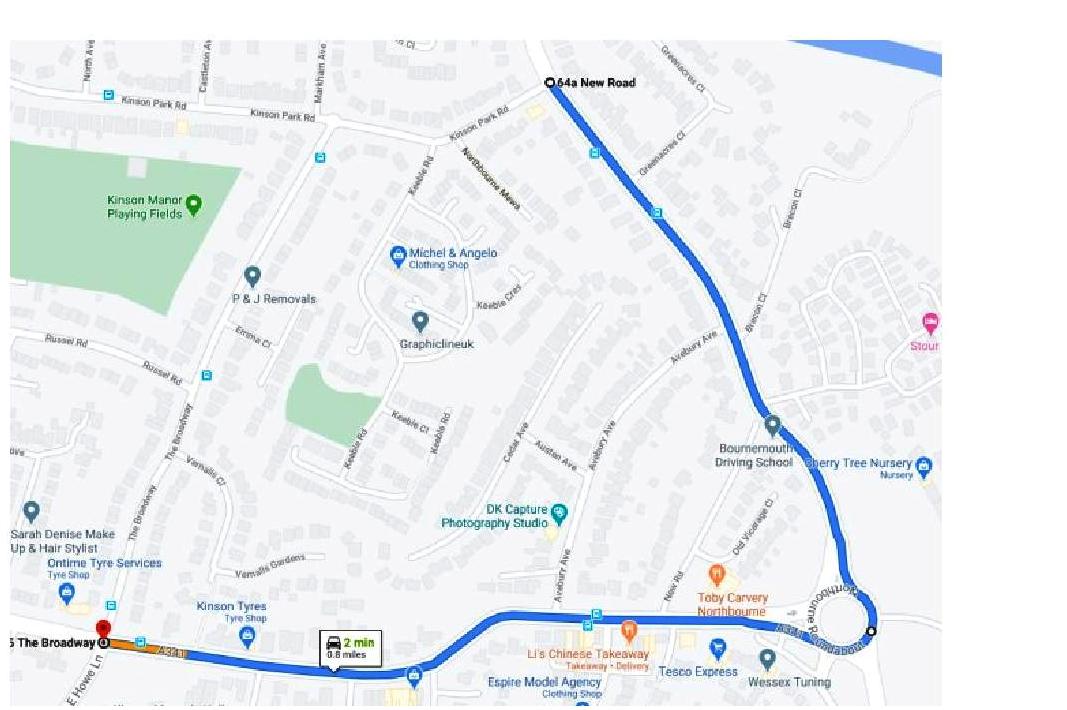 Arterial motor traffic would have to travel an additional 0.4 miles.

Anyone living in the LTN wishing to drive to or from Parley Cross would have to travel vial the Northbourne roundabout.

Cheap to implement as the whole LTN can be created (completed) using one modal filter.

Much improved traffic flow on New Rd. Even with the current right turn filter lane cars are held up.

Right turn filter lane on New Rd can be removed with the possibility in the future of giving the space to cycle lanes.

The vast majority of the inconvenience will be to traffic that has no interest in the area of the LTN. The residents on Kinson Park Rd and The Broadway will almost certainly notice and be happy about the drop in fast motor traffic.

Speed humps can be removed.

The whole LTN becomes much safer for walking and cycling especially for children, the elderly and the disabled.

Oaklands Guest House is currently shut but even if it opened access is onto New Rd so would not be affected by closure.

We featured earlier work on LTN in Poole, the suggestion is that area -wide measures are more of a solution, engineers know this, evidence proves this, U.K neo-liberal culture is struggling to change places for the better.

Same amount of people moving, by car, or by bus. Sorry. As schools go back in September, be the difference, go on travel actively- you can do it too, your community will thank you. 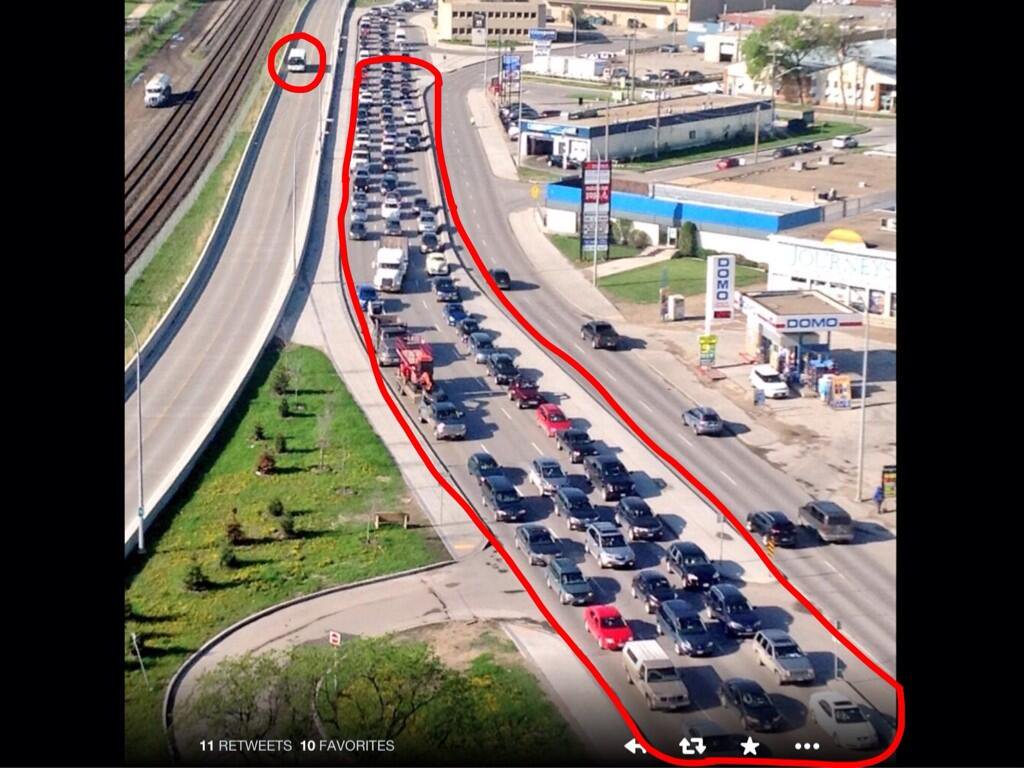