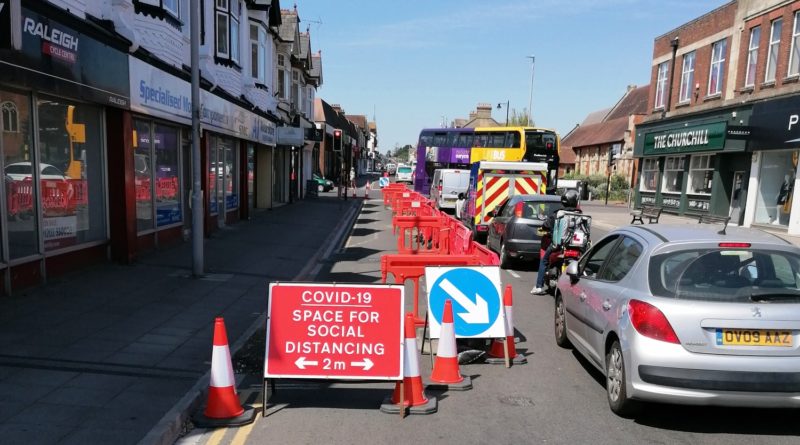 As Chair, Jason Falconer welcomed everyone to the Zoom meeting, Giving a 10 week update on events since LOCKDOWN and COVID changes.

Matters Arising Not Covered on the Agenda

Cllr Hadley gave a detailed and informative report on the BCP’s plans for pop-up cycle/pedestrian routes as a response to the Covid19 Crisis.  This is a Government sponsored & funded scheme. Here’s the links to the Report and an interactive page for suggestions:

J.F Re-iterated that E.T.R.O.S are essential for upcoming works, meaning that they as experimental can become adopted as permanent. T.R.Os would need re-advertising.

A.H confirmed that BCP were in process of procuring a consultation platform for residents on TCF schemes

Funds have to be spent in 8 weeks from when received, applications made formally by BCP on 05 June.

GVT statutory guidance on these emergency funds for active travel holds authorities to produce evidence for the use.

Officer resources have been allocated to each corridor. Work is at a very early stage.

Work is continuing. WSP have been commissioned to assist in the completion of the LCWIP by the corporate deadline of December 2020.

The tender to provide a Bike Share service in the Christchurch follows the success of the existing scheme covering Poole and Bournemouth, where demand has far exceeded expectations.

The Bournemouth and Poole area has proven to be excellent Bike Share operating territory. Over 22 000 people have used the scheme so far, travelling over 500 000 km since launch last June. This level of demand enables the bikes to be provided by the operator at no cost to the Council.

For Christchurch, however we will be using Local Transport Plan (LTP) Funding to purchase the bikes, which the chosen operator will then maintain at no ongoing cost to the Council. This reflects the fact that town’s population is smaller (48,500) with more widely spread residential areas.

The provision of Bike Share in Christchurch is also part of our match funding commitment for the successful £79m Transforming Cities Fund Bid, complimenting the segregated cycleway network which will be developed across the conurbation in the next three years.

Peter Wickett our Senior Walking and Cycling Officer is leaving the council soon in July, as his wife’s job as a church minister requires a move to Harpenden in Hertfordshire. On behalf of BCP Council I would like to thank him for his outstanding contribution to cycling and walking during his time here.

Tom Quay suggested that it may be worth considering appointing a ‘Mayor for Cycling’  following Amsterdam’s model.  It was agreed that the Forum should consider this further a come up with some ideas for nomination.

The next phase of scheme has been invited for tender by BCP, Beryl have applied to cover X Church area. Forum welcomes expansion. It was noted that in the last 10 months it has been proved that dockless method works in BH area, with 25% of users happy to leave bikes outside houses for £2 extra charge, meaning 75% of all bikes are returned to bays, with very little attrition.

J.F informed of how one Boscombe G.P asked for a new Beryl bay, and was given a ‘pop up’     bay for use by visitors and his colleagues. Subsequent Adam Practice Hamworthy featured in

post also applied and were granted new ‘pop up’ bay.

J.F informed of J.G work on The green TLC, Active Dorset making links to provide bike servicing from his service.

J.F made the call again for all to submit their preferences on the WIDENMYPATH site and requested that BHAT meet with BCP comms dept.  J.F urged again , that consultations are made ASAP, giving the example of Gloucester, that made a pop up cycleway, then removed again after objections from public.

We are currently unaware of whether we’ll be able to meet at the Town Hall but if we can’t we will host another Zoom meeting.  Provisional dates are: 1st or 8th September 2020