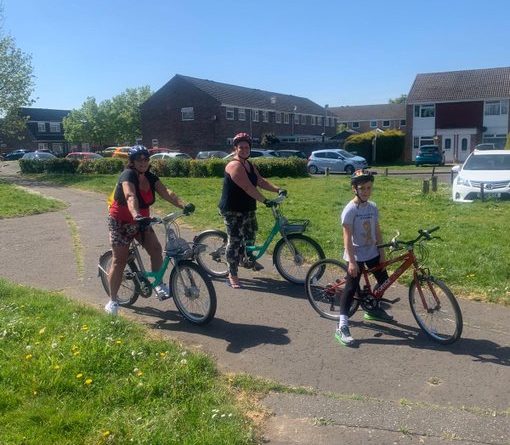 Hello thanks to all readers who were encouraged by last weeks post and shared that success story from The Adam Practice. Government announcements from the weekend show some major proposals and this week as I see it half way through the Lockdown period could be historically significant if things go well. Hope that you heard the podcast that I made with the Passenger CEO?, seems that Podcasts are getting a re-surgence right now I might get Louis Therouxs take on the era which I just heard about on 6 music. Tom Quay whos a regular contributor to the BHAT forum and has the interests of bus users in our area at the forefront of his companies work was my interviewer.

You may have seen the announcement from BCP yesterday about some new road restrictions to make social distancing for pedestrians easier, we have also been proposing some other initiatives around protecting the new riders and key workers around the area. There has been widespread response to the news that the Government are allocating money earmarked february 2020 to Councils to make Active Travel easier, although its not clear exactly how they get that money yet. So Westminster show they are alert to the current situation with the statement a quote from which is “Measures should be taken as swiftly as possible, and in any event within weeks, given the urgent need to change travel habits before the restart takes full effect.”. I wrote to all the engineers and officers in BCP yesterday to offer Forum support for any consultations that might be offered. You can just email/ call your Ward Councillor if there are streets around you that would benefit from being filtered, calmed immediately. Does seem like a moment here, as Cycling mayor of Coventry Adam Tranter said yesterday:-  “We don’t have very long to decide what kind of future we’d like to live in. Congestion charging zones are suspended around the country, petrol is today being sold at less than £1 per litre”

Todays post is to also celebrate the success of the Beryl bike scheme that has been in operation nearly a year now. The first of its type in the U.K Beryl have now many schemes around the country and are proving that the new Dockless format really works for the U.K. BHAT have been in support since before the scheme was even announced here, through the delayed period and right into its inception, simply put more bikes means more Active Travellers. Our scheme is about the same size as Edinburghs and you can see the usage numbers on this handy website.  Its great to see that BH residents seem to have got used to seeing the bikes around the streets, and aside of a period last year when many machines were being abused due to poor locking systems- really think they are here to stay. Well done Martin, Lee, Ben and the staff from London. In case you missed it they are currently offering deals on bundles of minutes for use, so lets keep using these when it makes life easy for whichever trips you dont want to use one of your own bikes. In the theme of user experience here are some locals whove benefited from this in the last few weeks.

Helen Burness and David Hannington who work for the NHS locally, enjoyed some down time in one of our great parks.

Lucy Lamb also took out the family for a leisure ride. 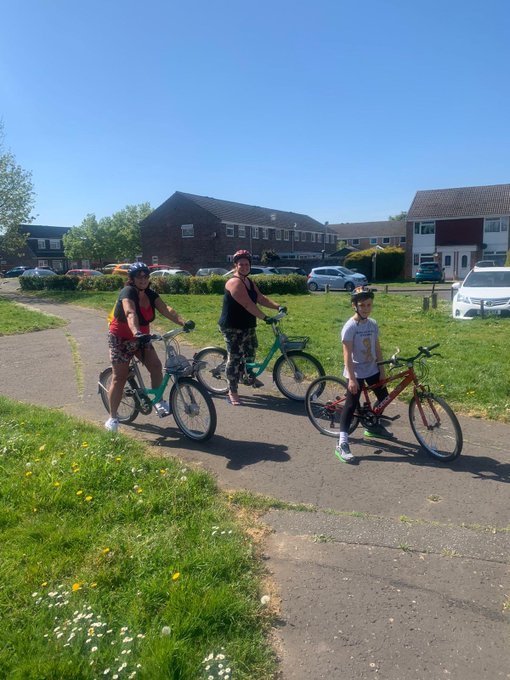 Police locally needed some more bikes to do patrols.

People discovered that you can easily carry the essentials by bike.

Ive asked for Sandbanks road to be protected for new riders like this that hashtagged their photo after doing something new for them- #didntdie , says a lot about how new people feel riding around here on roads.

Last week I was in a Teams meeting called by Cllr Rice about a possible Low Traffic Neighbourhood for Oakdale, this was an initial consultation attended by 4 people interested in potential alterations to streets near them  (including me) that would help enable social distancing  and traffic reduction. Most well known of these type of areas is in Waltham Forest London, which has been in operation some years now, main component of which are the Modal filters that restrict vehicle movements through whole areas, encouraging more Active Travel over short distances.  If you want to read the details of how these come about L.C.C. have done great work outlining the whole process here.

We will be asking for more interaction in the coming months, using the consultation pages, please have a look there today. There is currently a UWE study about road crossings that we have been asked to contribute to, all details there. We are also featuring ongoing contributions from Business’ in the area that are pro-Active Travel, so if you want to feature here get in touch. Finally our meeting scheduled for 02 June may go ahead now on a Zoom meeting, keep in touch for details of that. Jason